The Kogod in the Know podcast series highlights MS in sustainability management alums and their diverse post-graduation achievements. 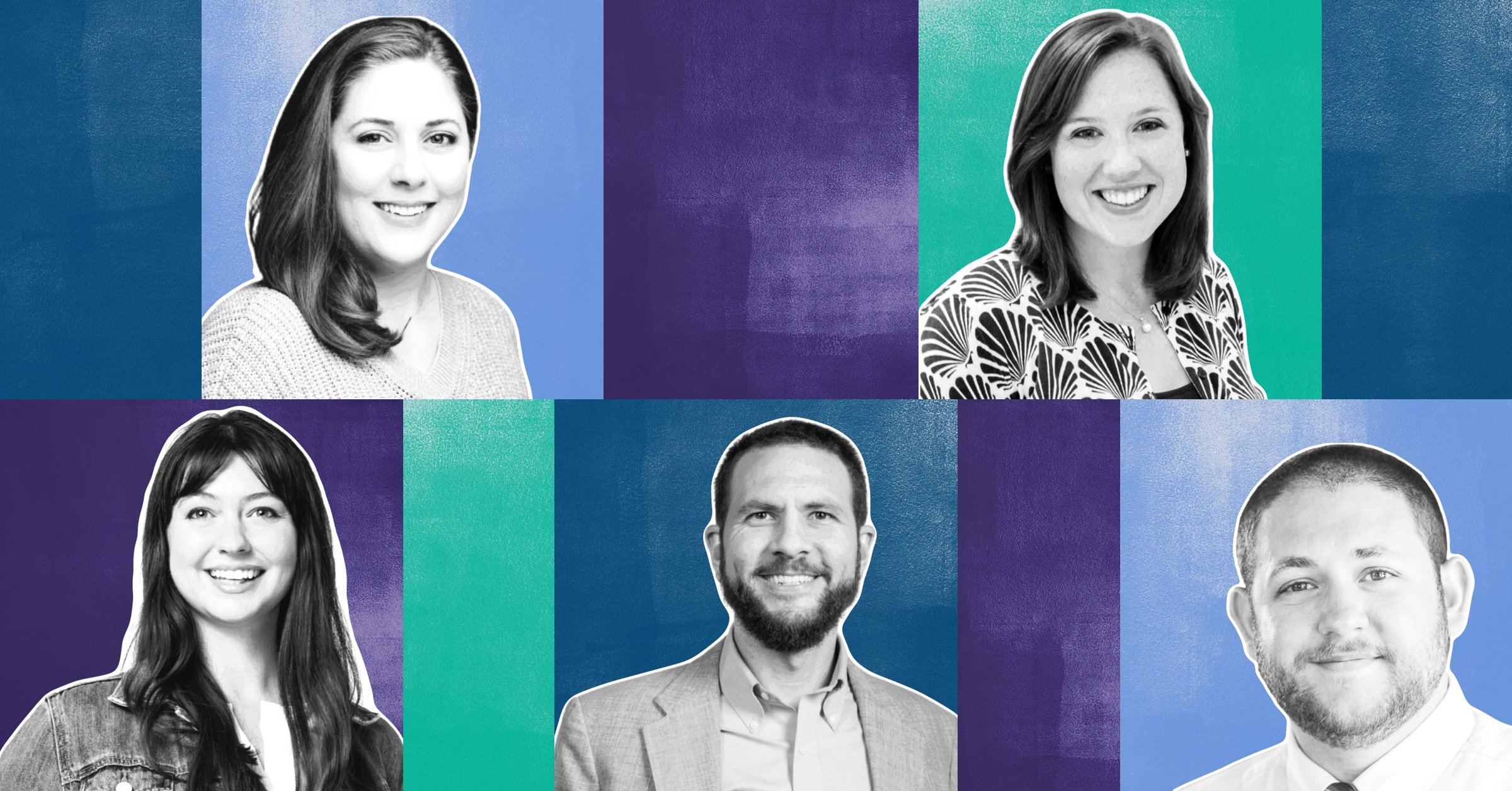 Diverse experiences and the motivation to create positive change are reflected in the Kogod in the Know podcast series, where MSSM alums discuss their post-graduation career paths and what inspired them to pursue sustainability in their professional lives. This five-part series gives alums the floor to reflect on their experiences and demonstrate how Kogod built upon their desire to make a difference in our world.

The inaugural episode highlights Hannah Debelius, a science, technology, and policy fellow at the Department of Energy’s Building Technologies Office. After earning a bachelor’s degree in environmental science from the College of William and Mary, Debelius returned to her home city of Washington, DC, in search of a graduate program that would enable her to navigate many career paths with a sustainability slant.

What’s great about the sustainability field is how quickly it evolves.”

When Debelius first began looking for work in 2010, sustainability didn’t even appear as a keyword in job postings. Now, most Fortune 500 companies have several employees dedicated to the field. Debelius wanted a graduate program that would help her develop the tools necessary to compete in such a rapidly expanding field.

While pursuing her MSSM degree, Debelius also worked at Kogod as a sustainability manager, spearheading initiatives that ultimately led to American University becoming the first carbon-neutral research university in the US. A significant aspect of her role at this time involved outreach and education for her fellow AU peers, and she cherishes seeing the benefits of that hard work come to fruition.

“What’s so wonderful about sustainability, especially on a college campus, is that you can see these wins,” she says. “For example, you can have a class decide that their capstone project will be to pitch sustainable ideas for the campus, and then we can take that input and create an edible garden that future classes can use. You get this creative feedback loop.” Debelius took full advantage of the opportunities and networks available through Kogod’s MSSM program to make changes both in her professional life, across campus, and the world.

One Student, Many Perspectives

The second Kogod in the Know podcast episode introduces the audience to Hamzah Abu-Ragheb, sustainable sourcing manager at Aramark and the Avendra Group. Abu-Ragheb earned his undergraduate degree at the University of Maryland, where he studied ecology and evolution. There, he learned the importance of considering environmental and social issues in tandem with each other, a lesson that stays with him to this day.

“As I learned more about the environmental piece, I realized that we needed to consider the social aspect. One can’t function without the other,” he explains.

You must consider both people and the planet to be just and fair in making decisions that impact both.” 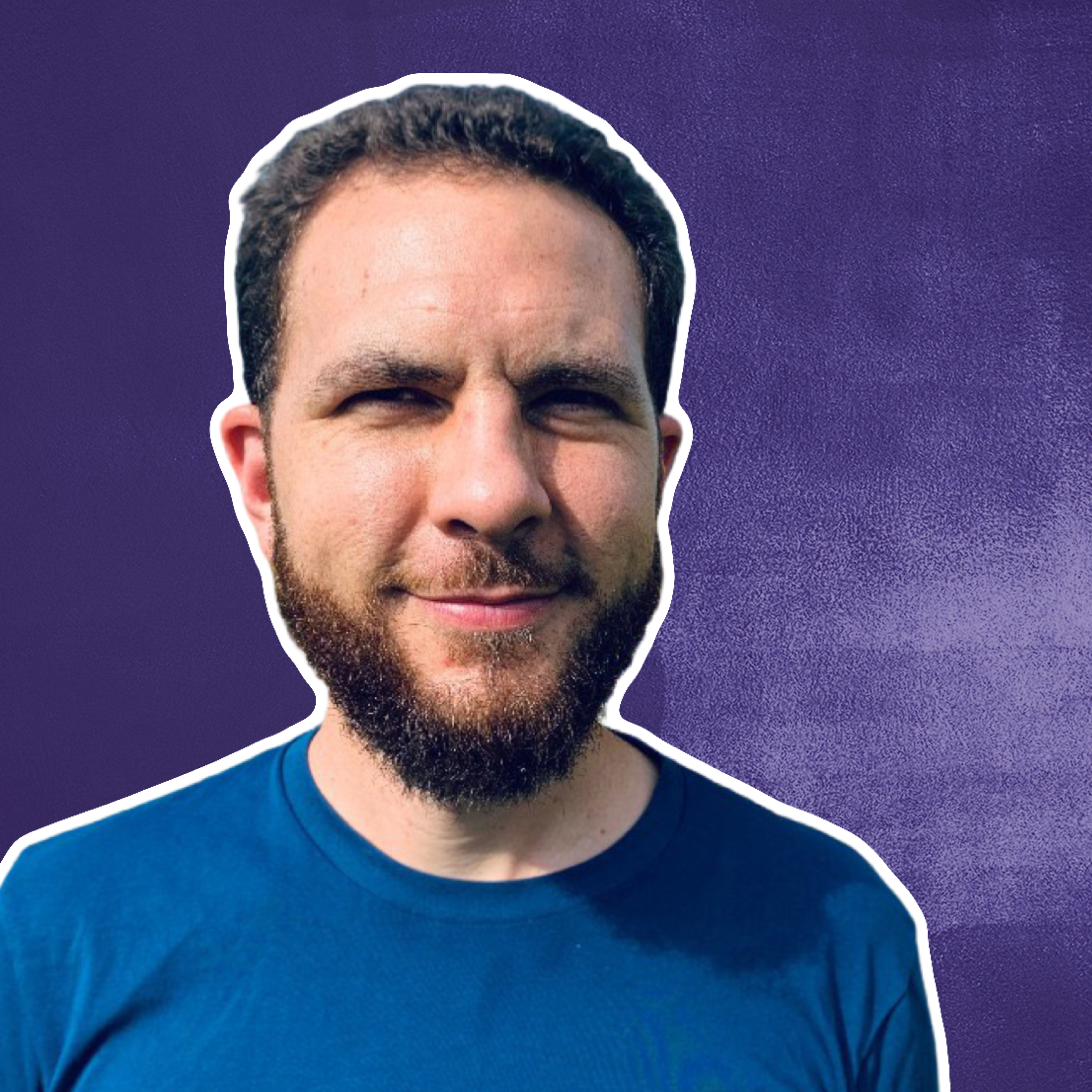 After earning his bachelor’s degree, Abu-Ragheb returned to his home country of Jordan, where he spent time in various sustainability-focused roles. Upon moving to Washington, DC, however, he became aware of Kogod’s MSSM program—funnily enough, after his wife saw an advertisement for it on a passing bus and remarked that it seemed like a good match. Abu-Ragheb researched the program further and found himself enthralled by the broad, comprehensive approach to the program rather than a more specialized view of the policy or science aspects of the field.

Since graduation, he has maintained this generalist outlook on sustainability, approaching his current work from different perspectives. Though he focuses on sustainable sourcing in his work with the hospitality group Avendra, he credits the MSSM program with aiding him in gaining the tools needed to specialize and determine his best course of action. “I feel like the program gave me a background where I can navigate multiple categories, industries, and issues, rather than knowing a lot about just one thing,” he says. As a Kogod graduate, Abu-Ragheb's education makes him confident in answering questions through many lenses.

Nicole Condon, the senior commercial manager for the Marine Stewardship Council, was featured next in the Kogod in the Know podcast series. A marine biologist whose childhood goal was to find the elusive giant squid, Condon enjoyed working in oceanography but felt something was missing in her career path. As she searched for work, she noticed that most jobs required a business degree. At the time, sustainability was more of a buzzword than a solidified field, and Kogod was one of the few schools with a fully developed sustainability program, leading Condon to pursue the MSSM degree. 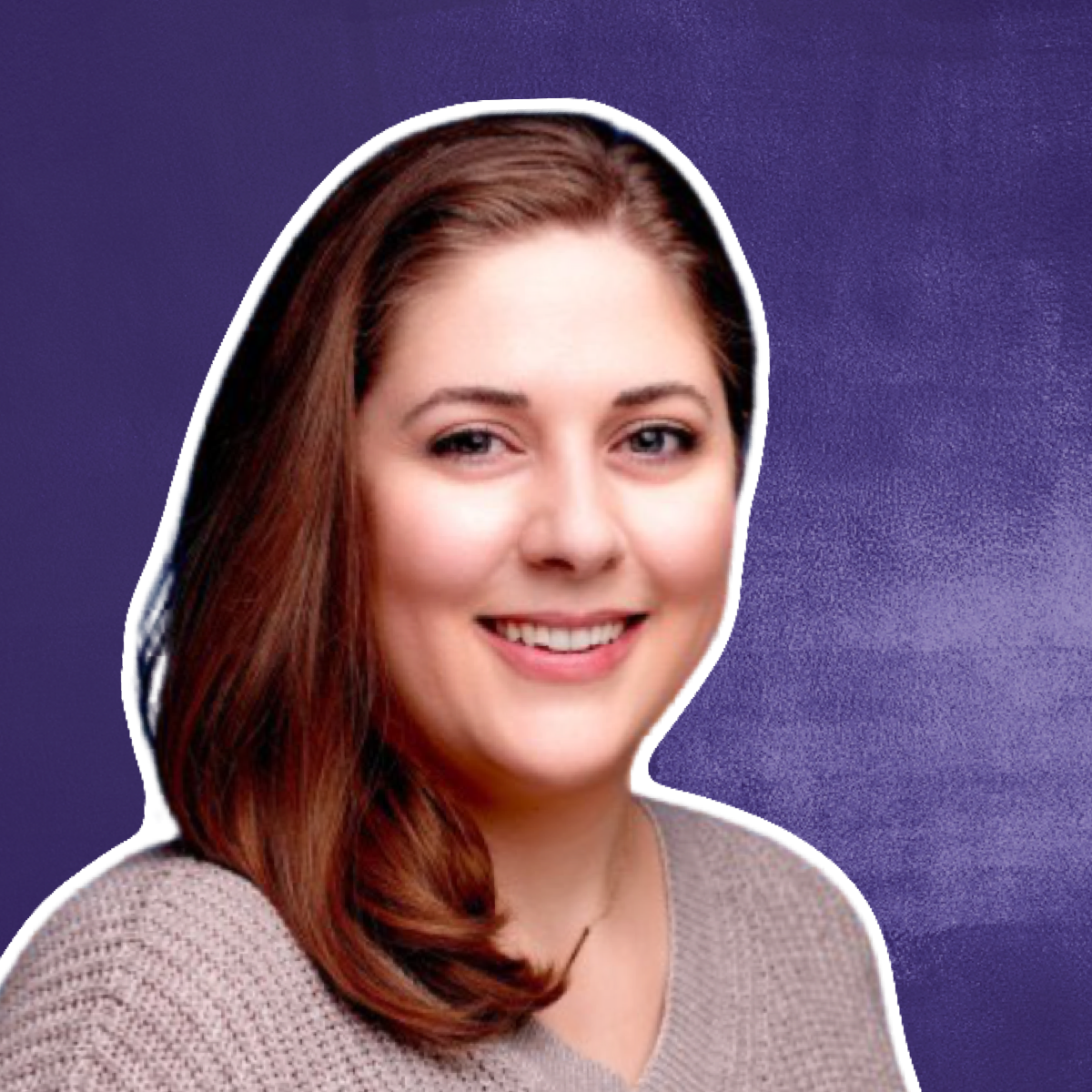 Condon emerged from the program with a skill set that allows her to pursue her goal of working with supply chains and a diverse network that helps her maintain creative problem-solving methods. She recalled a former classmate who sent her information on a World Wildlife Fund (WWF) internship, which she hadn’t considered due to her desire to work in the private sector. Condon ultimately pursued the internship and accepted full-time work with WWF post-graduation.

“Kogod’s MSSM program has a diverse range of students from all different backgrounds interested in accomplishing very different things in their careers,” she says. “It helps you understand different perspectives and expand your personal interests, even if you’d never thought about certain topics before.” Like many of her peers in the MSSM program, Condon learned as much from her peers as she did from the program.

Work with a Mission

The fourth Kogod in the Know podcast highlights Josh Kaplan, an education manager at the Clean Energy Buyers Association (CEBA). Kaplan also earned his bachelor’s degree in environmental studies at AU as an extension of his longstanding interest in the natural world. Though the degree was interdisciplinary, he found that it didn’t focus much on environmental consciousness in business and pursued the MSSM degree to round out his knowledge. He had already started to focus on the intersection of society and our environment, and the program helped him fully understand the extent to which everything is just a piece of a larger puzzle.

“One of the biggest things I took away from the MSSM program was how important it is for people to work together within these organizations,” he says. “Finance needs to talk to legal, supply chain, marketing…and these connections were manifested through all the courses we took.”

Kaplan’s role at CEBA involves working with large companies to support their sustainability efforts and to inform them on myriad issues related to environmental awareness. Working with major corporations such as Google and Walmart, he knew he needed the language to speak professionally with clients. The business focus of the MSSM program helped him develop the necessary tools to propel his career and client relationships.

The MSSM program also helped Kaplan center his career ambitions around supporting organizations in their sustainability work. Before CEBA, he worked at WWF, the Department of Energy, and American University, focusing on how to make environmentally aware aims a reality. Throughout Kaplan’s career, he uses his knowledge from the MSSM program and combines it with his professional experiences to set new goals for himself.

I realized that my calling was working for a mission-based organization that designs its operations around the impact it hopes to create in the world.” 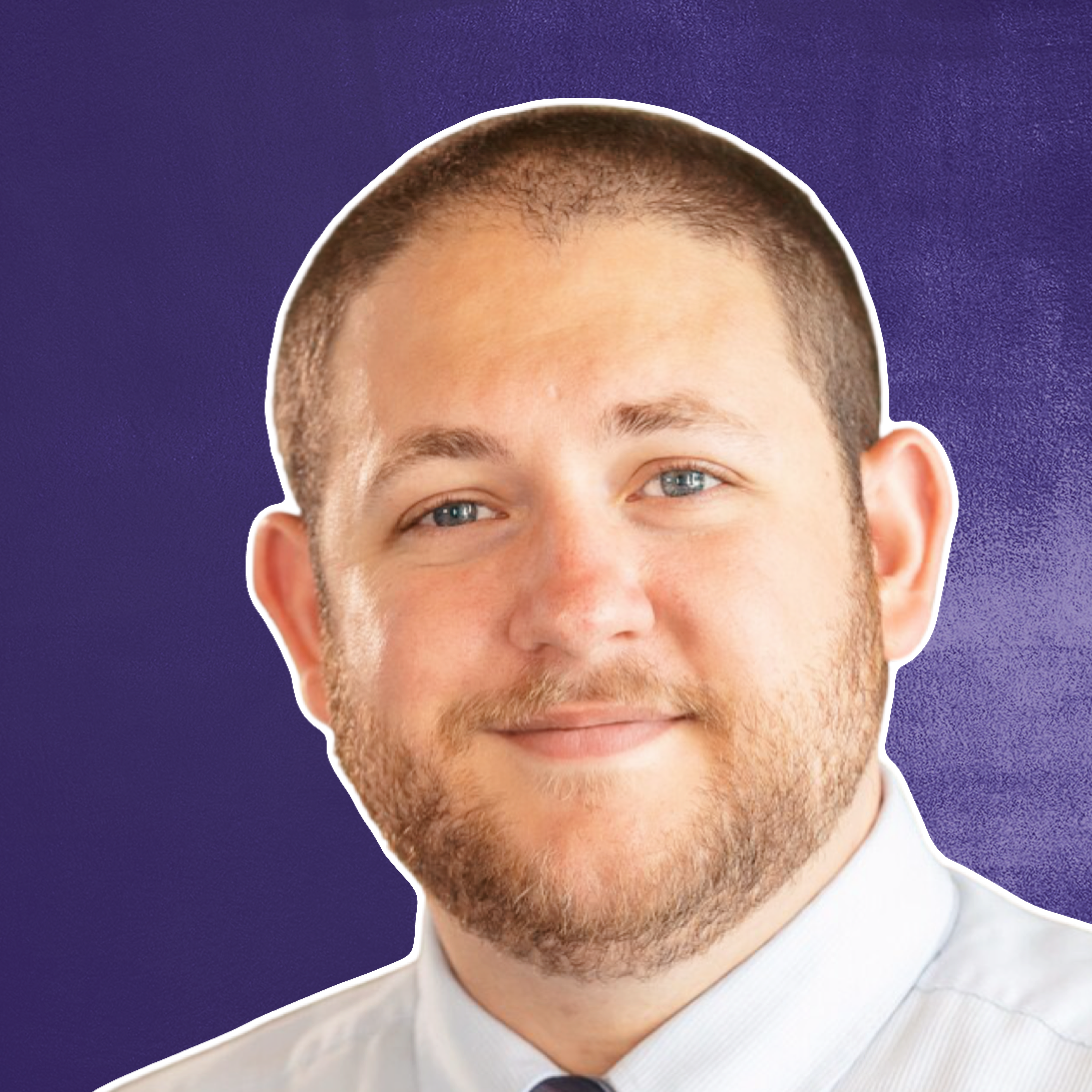 Sure enough, his professional life is built around groups with clear goals related to sustainability measures, and he has historically been at the front of the line in turning visions into reality.

The Fight Against Food Waste

The final Kogod in the Know sustainability series episode features Samantha Kenny, a senior program officer at the World Wildlife Fund. Kenny earned her undergraduate and graduate degrees from American University simultaneously through a five-year program, enabling her to pursue big questions about the environment and how society interacts with them.

“I’ve always been interested in working on large-impact problems on a global scale,” she explains. “When learning about sustainability and environmentalism, you learn about all the natural systems and how they intersect with human systems.”

Kenny is on WWF’s food loss and waste team, where she works explicitly to combat food waste in the hospitality sector. Though waste management wasn’t her original career goal, she adds that she’s uniquely suited for it; she was born without a sense of smell, which makes sorting through garbage for waste auditing a far less sensitive task for her.

During her time at AU, Kenny took a job ensuring that the university complied with its composting contracts. This work translated into her efforts to ensure that hotels and restaurants are not contributing to excessive food waste. “Food loss and food waste really do add up,” Kenny says. “It turns out that we lose or waste up to forty percent of the food that we grow—we’re growing food to feed people, but it’s going straight into the trash.” Kenny’s work aims to reduce this staggering number, which has rippling effects across the field of business, the environment, and society.

Earning two degrees at once meant that Kenny gained an extensive set of skills. Though she may not use lessons from every course in her professional life, she credits both programs with giving her the tools to adapt and think critically about the world around her.

Kogod teaches students how to think passionately about the systems we are going to work in.” 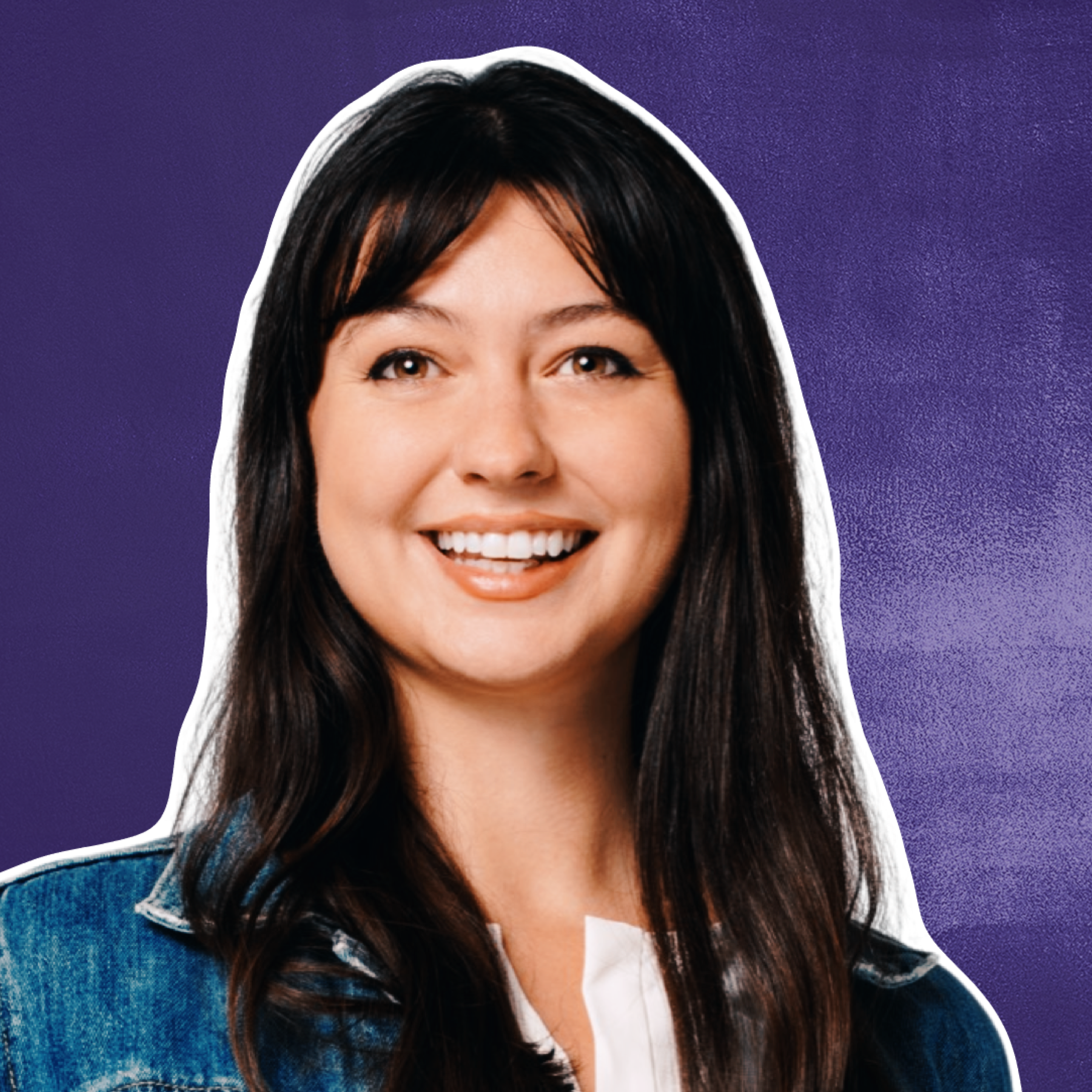 “We learned how our expertise could stack on top of the systems and the sectors we interact with,” she says. With sustainability initiatives continuing to gain ground and change as they’re better understood, a vital sustainability education teaches what already exists and how to prepare for the future.

Kogod’s MSSM program attracts students who want a well-rounded business education with built-in tools for promoting sustainability efforts. As the program’s alums demonstrate, the MS in sustainability management degree provides students with resources, opportunities, and a network of diverse, like-minded professionals. Future sustainability leaders enter the MSSM program knowing they want to make a difference and graduate from the program with critical skills to be a force for changing the game.