When is the next deadline?
Start Your Application
Closed
International Student Deadline for Fall
Priority Registration
Final Application Deadline
At a Glance

Unleash your creativity in a dynamic career that rewards innovation, strategy, and imagination. An MS in marketing can help you forge a new career path or expand your current role. With a solid foundation in branding, consumer behavior, data, and management, you'll be equipped to bring your most cutting-edge ideas to life.

Kogod’s unique MS in marketing program focuses on integrated marketing communications so that you can empower your imagination and advocate for social change.

11 Months
In a Cohort Format

The MS in marketing program is full-time only, designed for completion within one year. Students are part of a cohort during the duration of their studies.

Our small class sizes and student-to-faculty ratio ensure that you form a lifelong personal and professional network with your peers and professors.

Why get an MS in Marketing at Kogod?

We are the only marketing master's program in the DC area that focuses on every single aspect of a marketing campaign. We take data and develop creative solutions to fit a particular client's needs.

Our classes are hands-on, providing you with strategies you can implement once you're in the workforce. You'll visit industry sites, experiment with different marketing techniques, and apply the latest trends in your projects. Plus, you'll participate in the applied client project, the heart of our program.

During your studies, you will be part of a cohort—a collaborative learning group. You will share classes, study, and work on group projects together. In addition to creating your first network of supportive peers, the cohort experience allows you to build your teamwork skills while focusing on a common goal.

The marketing program consists of 30 credit hours. Our courses expose you to a variety of specialized marketing areas, including brand management, nonprofit marketing, social marketing, internet marketing, and direct marketing.

Students take the introductory course Understanding the Marketplace and Consumer at the beginning of their studies. This gives them a solid understanding of the fundamental principles of marketing. The rest of the curriculum is divided into 15 credit hours of core courses and 6 credit hours in electives.

Our program capstone is the Applied Client Project, where you'll gain first-hand marketing experience by leading a full-scale campaign for a local organization.

You'll Walk Away With 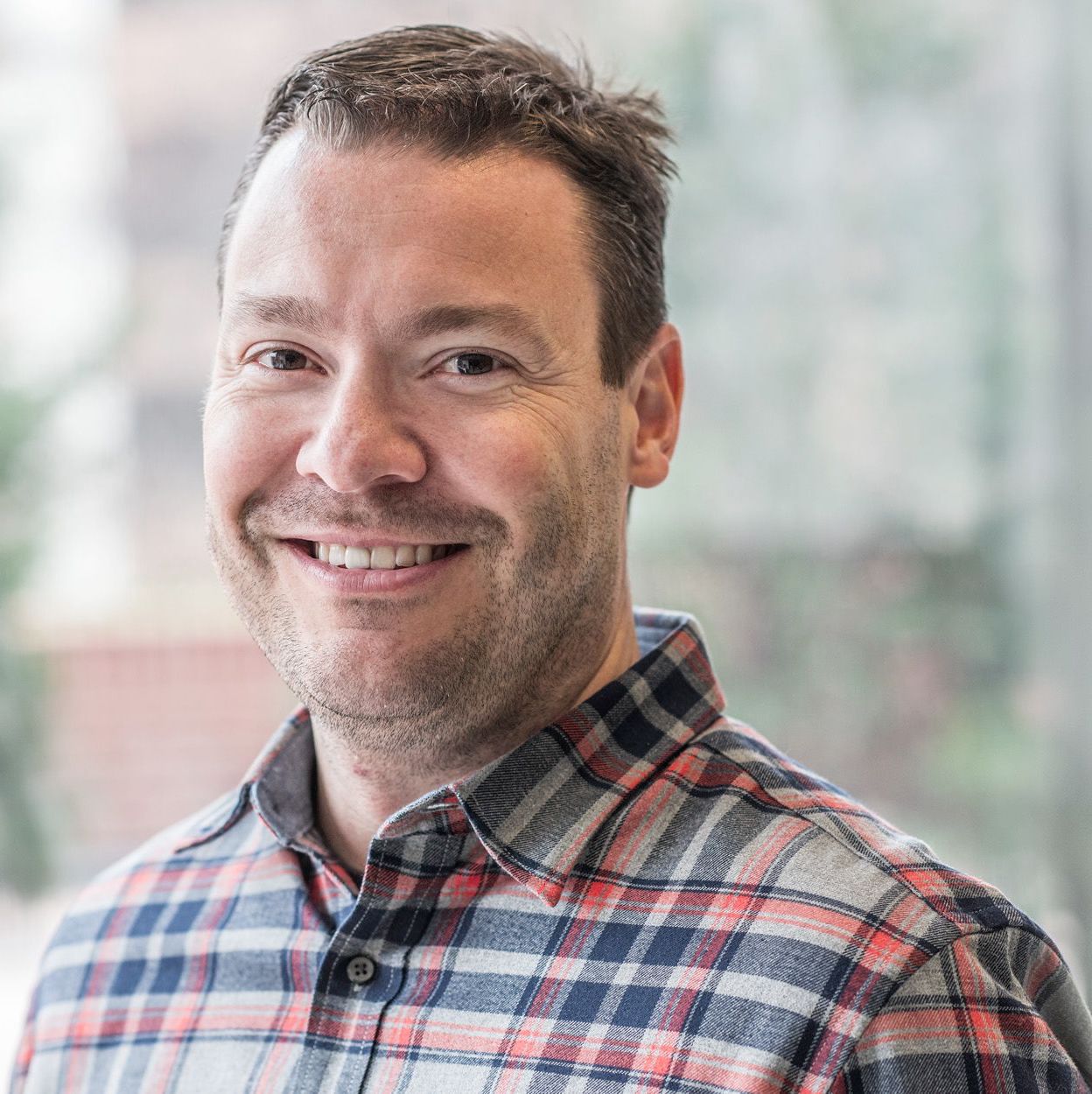 Meet with the MS in Marketing program director!

Prior to completing his Ph.D. at the University of Florida, Professor Clayton worked for nearly a decade in account management and account planning in Detroit with Campbell-Ewald and BBDO. His professional experience in the Motor City included overseeing marketing communications for iconic brands including Chevrolet Corvette and Dodge, as well as strategy and research for Michelin. 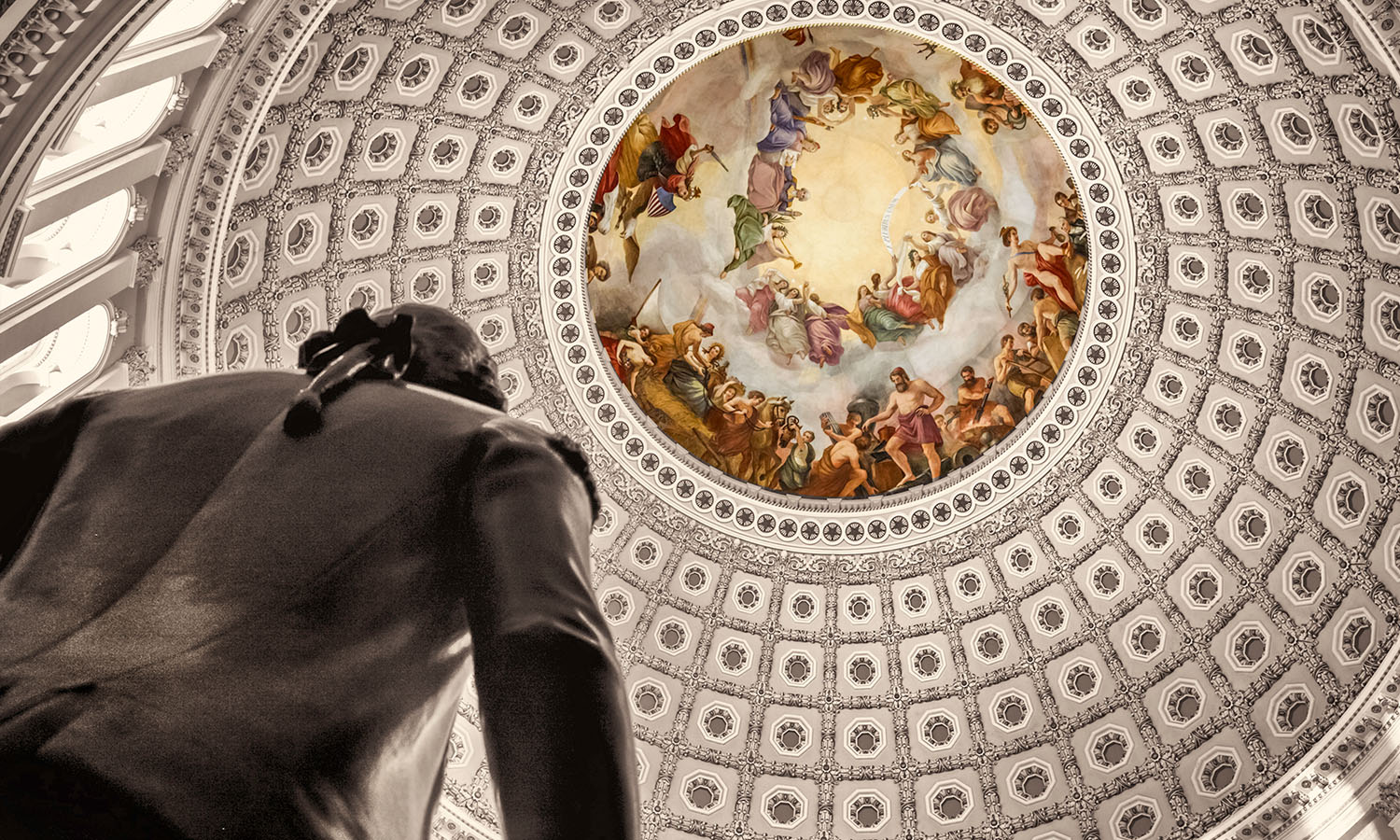 Our program stands out for being the only one in the area to focus on integrated marketing communications. Our graduates stand out in the local job market for their comprehensive knowledge of the field. 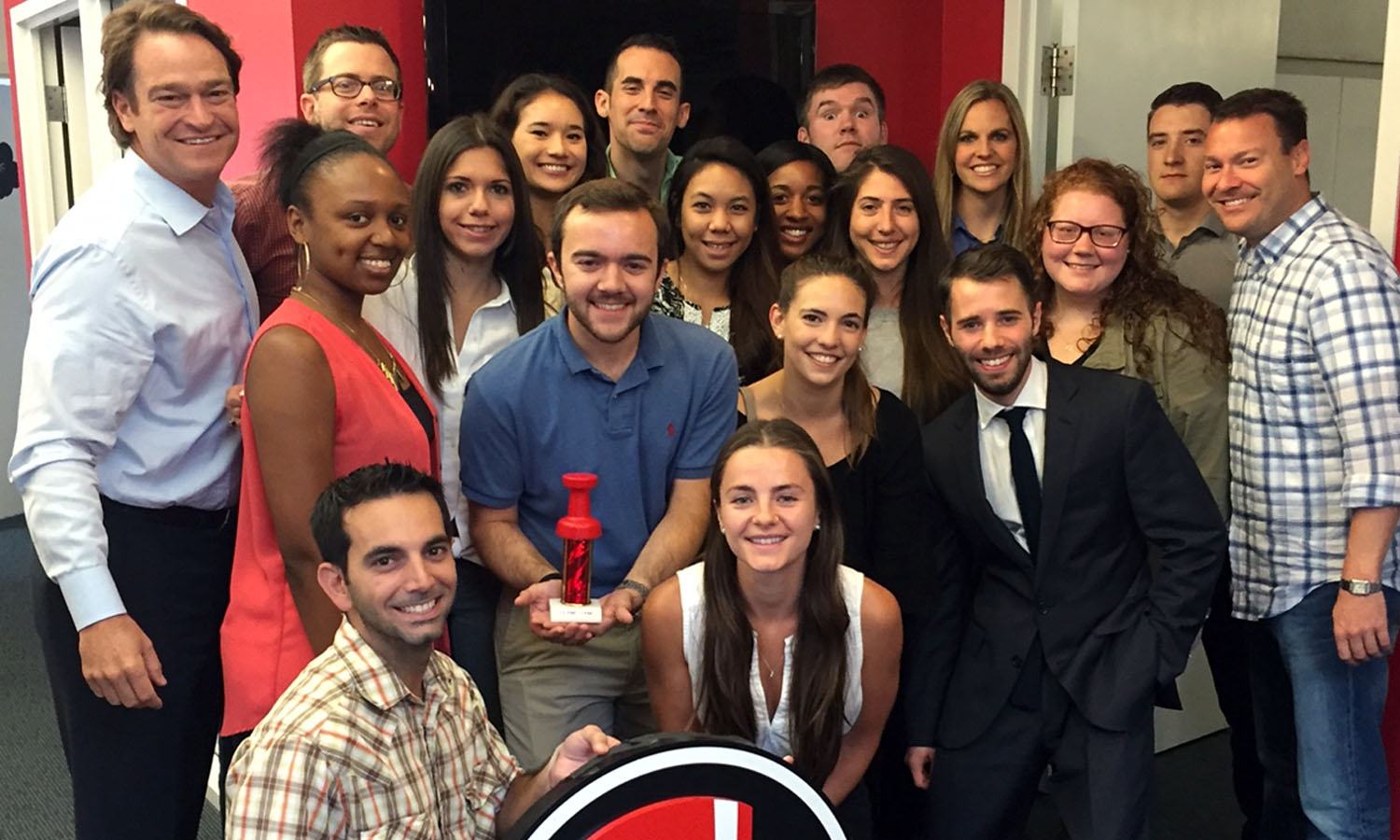 You'll work with RedPeg Marketing to launch a full-scale marketing campaign that involves market research, strategic planning, creative implementation, and evaluation of results. Get real-world experience you can showcase in your portfolio. 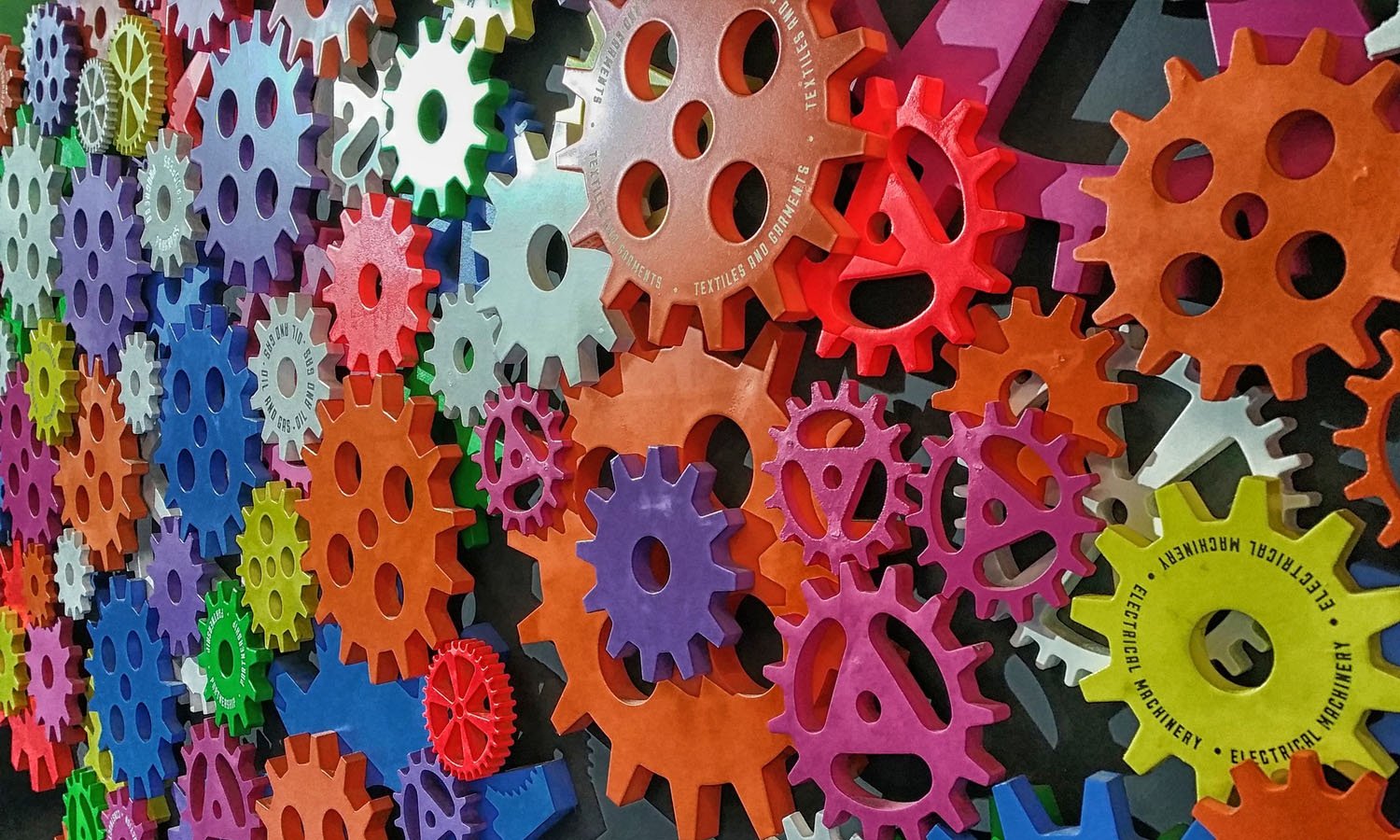 You will visit about a dozen different marketing companies over the course of the semester, providing insight into the many paths your career may take. The companies range from advertising agencies to digital marketing and social media firms to event marketing organizations. 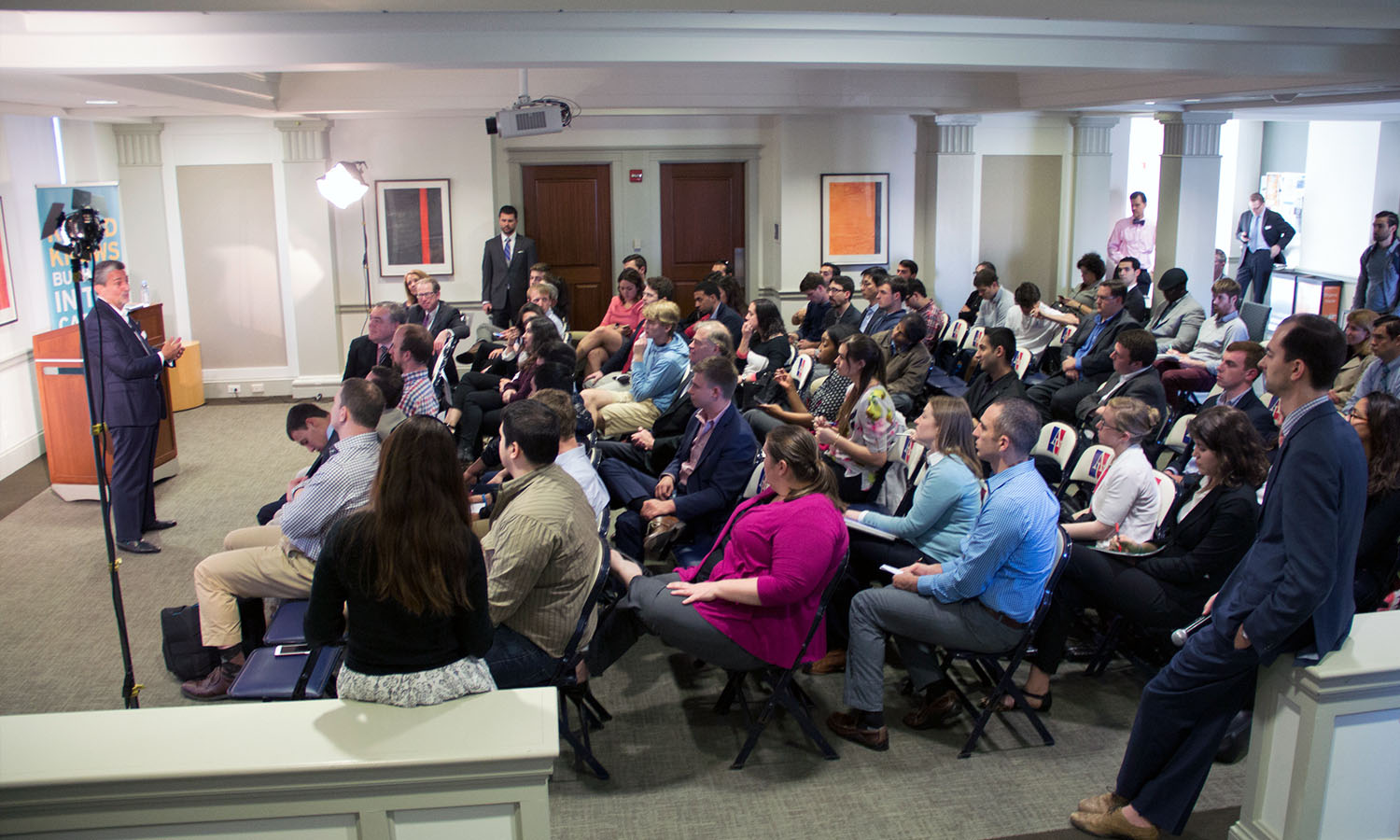 The program frequently hosts guest speakers who share their own journeys and insights with the class. Past speakers include marketing leaders from Uber, Google, and Rocket Fuel. 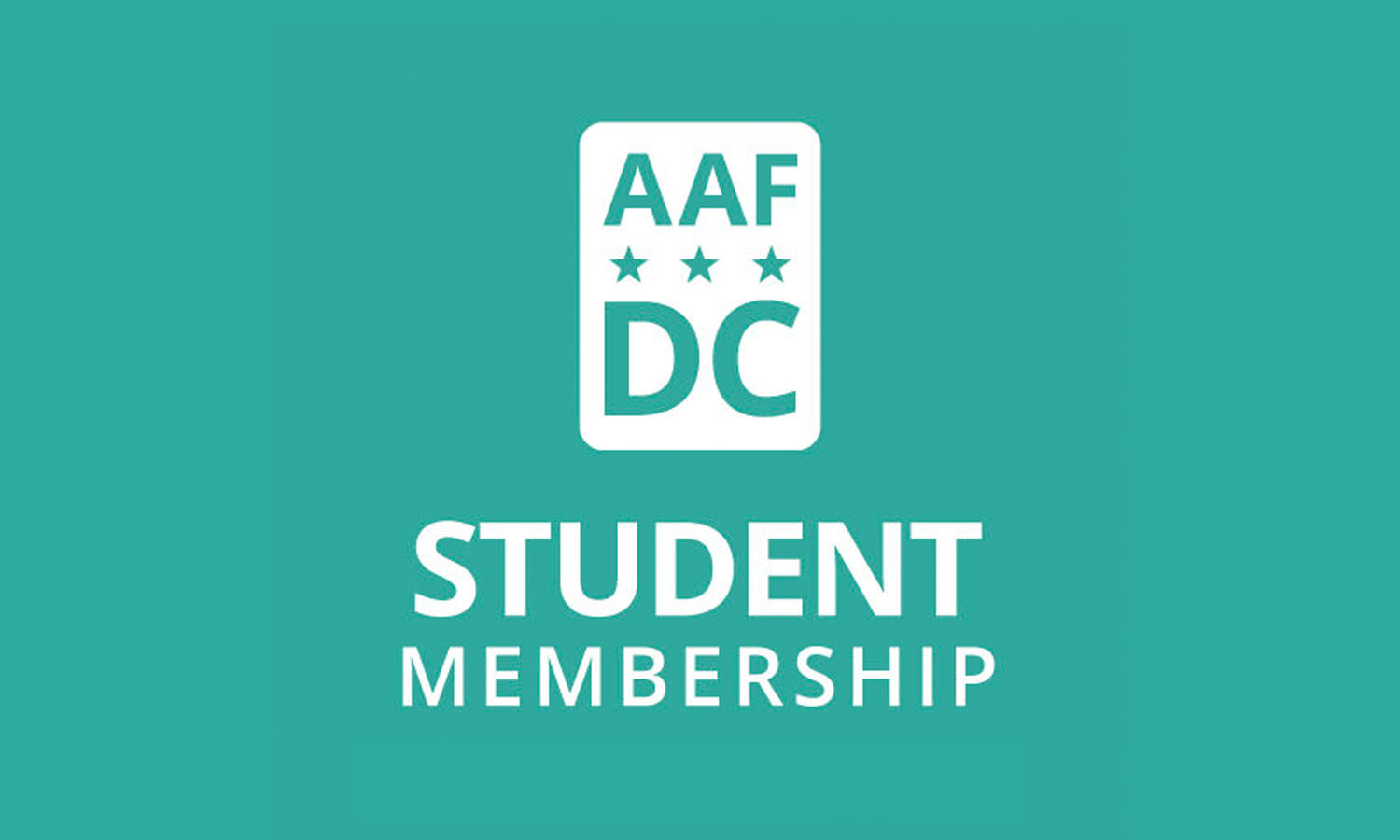 As a student, you'll receive a membership to this vibrant networking organization. That will allow you to attend Mosaic conferences, connect with internship and job opportunities, and more. 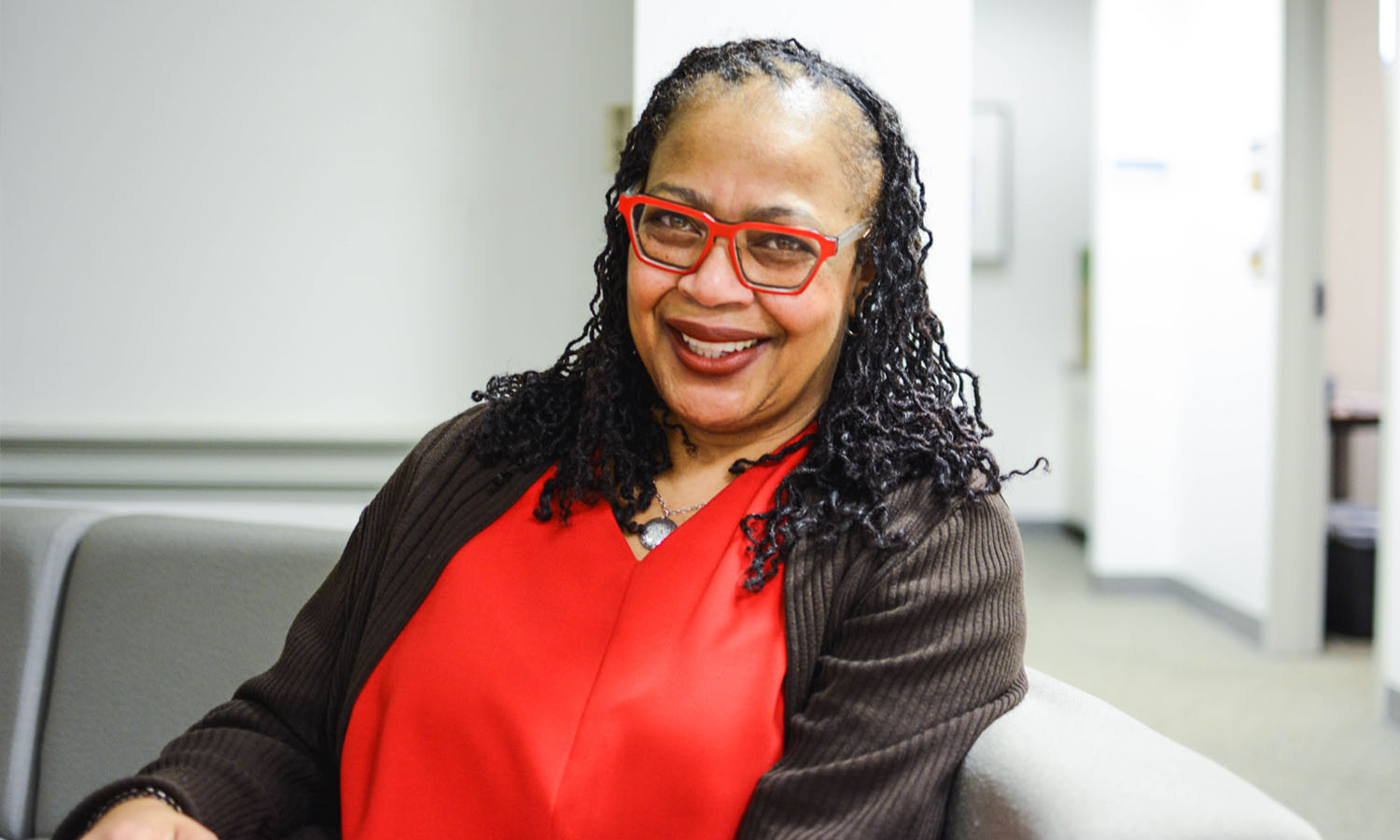 Our faculty are renowned experts in their field and key players in different areas of marketing. As mentors, they are invested in your professional and academic success.

As part of the Antiracism in the Marketplace series, co-hosted by Kogod and AU's Antiracist Research and Policy Center, Damon Jones, chief communications officer at Procter & Gamble, discusses using advertising as a force for change. 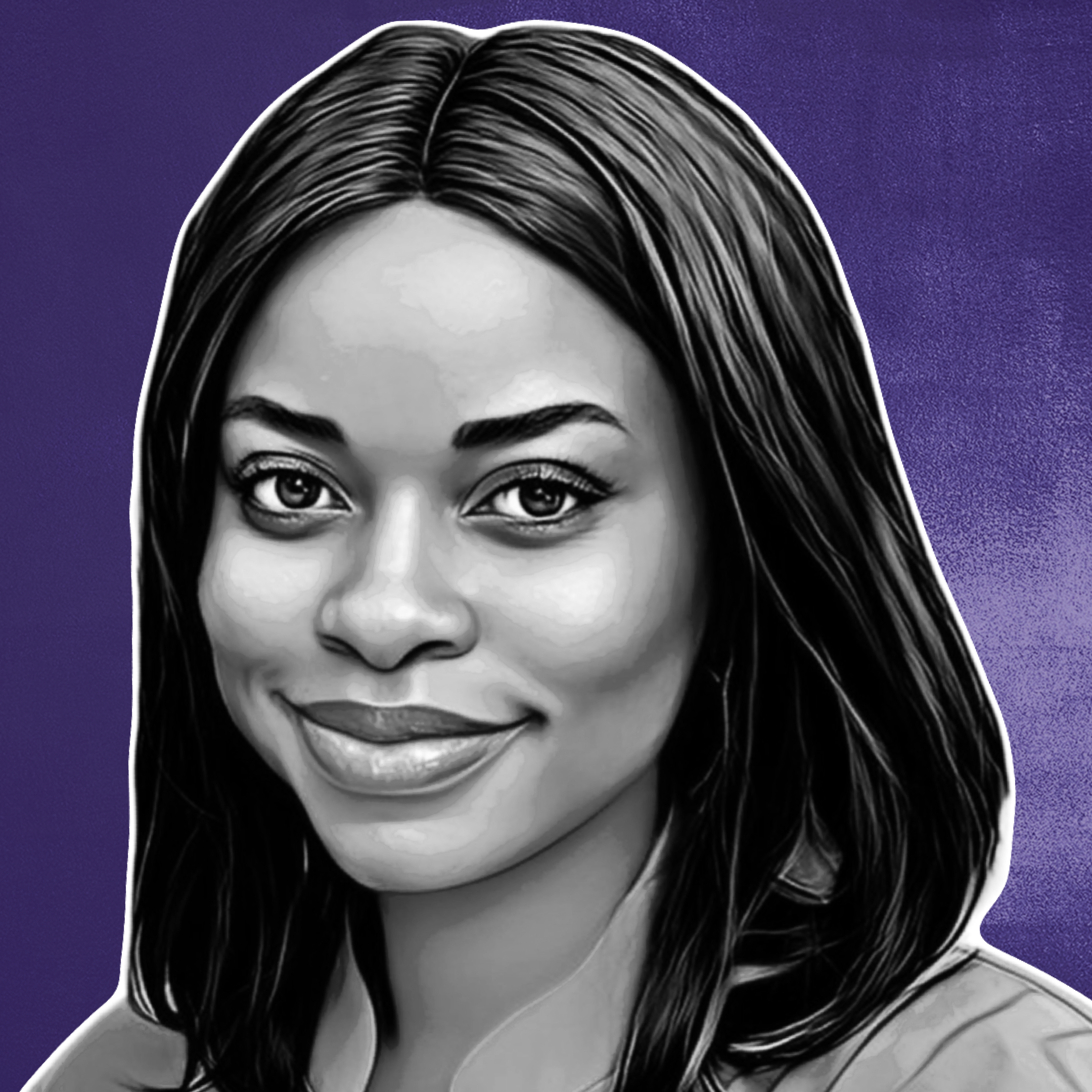 Meet with Aminata, One of Our MS in Marketing Students!

Aminata joins us from Sierra Leone and has a bachelor's degree in tourism management from Limkokwing University of Creative Technology! Why did Aminata choose Kogod? Two reasons, the academic program and welcoming AU community. But don't take our word for it! Schedule a one-on-one appointment with Aminata to learn more about her reasons and her experience at Kogod.

Schedule a 1-on-1 Appointment → 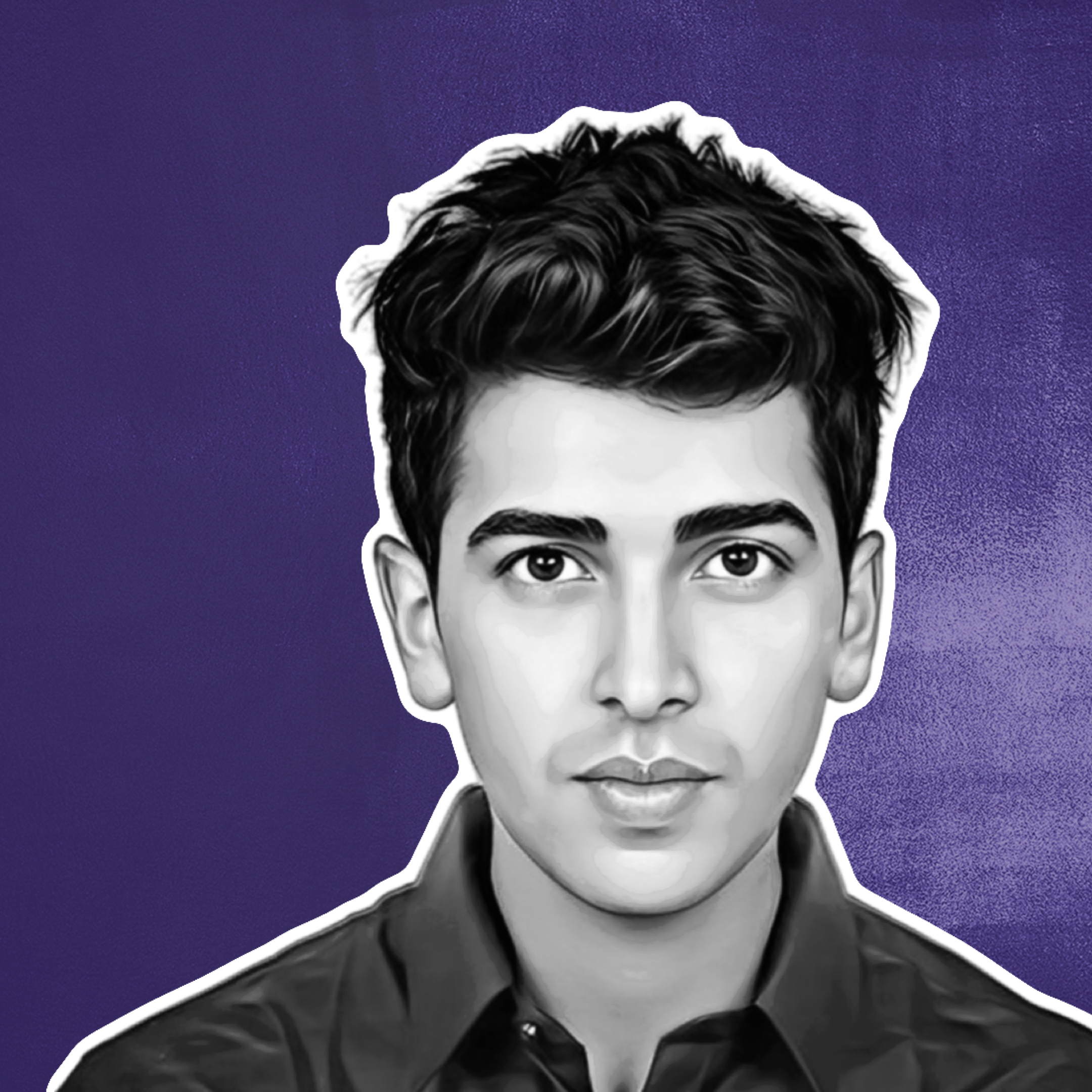 Meet with Swochchhanda, One of Our MS in Marketing Students!

Swochchhanda joins us from Kathmandu, Nepal and has a bachelor's degree in BA Hons Economics from University of Delhi. Why did Swochchhanda choose Kogod? Four reasons, the unique cohort-based program, a great location, an extensive alumni network, and most importantly the very supportive staff and faculty. But don't take our word for it! Schedule a one-on-one appointment with Swochchhanda to learn more about his reasons and his experience at Kogod.

Schedule a 1-on-1 Appointment →

Our graduates have found professional success in some of the most buzz-worthy organizations and agencies in the nation.

Graduates of the program can work as: 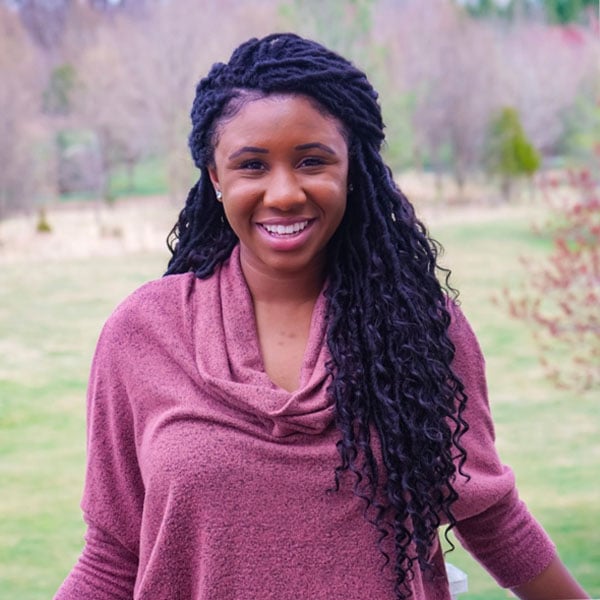 There are many reasons why Bethany chose to pursue an MS in marketing at the Kogod School of Business. But it all started with LeBron James.

Are you interested in attending American University – Kogod School of Business? Don’t miss your chance to meet our admission representatives at the Access MBA New York Register Now

We will be launching the Gamechangers in Sustainability event with Seth Goldman, Co-Founder and Chief Change Agent of Eat the Change®, a planet-friendly snack brand that helps people ‘Snack to the Future™’. Eat the Change® recently launched Just Ice Tea, a line of organic bottled tea to go along with the company’s mushroom jerky and carrot snacks. Seth is also the Co-founder of PLNT Burger, Honest Tea, and Chair of the board of Beyond Meat. Register Now

Join us for a fireside chat with Kent Walker, President of Global Affairs at Google, and Kogod Dean David Marchick.  Register Now

Anthony Capuano is the chief executive officer of Marriott International, Inc. In his role, Mr. Capuano presides over the world’s largest hospitality company and some of the most iconic brands in travel. Mr. Capuano joined Marriott in 1995 and was instrumental in its steady growth over the years which culminated in the acquisition of Starwood Hotels & Resorts Worldwide in 2016.  Mr. Capuano began his Marriott career as part of the Market Planning and Feasibility team, where he helped the company assess the overall economic viability of new and existing hotels, balancing the company’s interests with the needs of hotel owners and developers, investors, lenders, and operators. Register Now

In celebration of this year's Earth Day, we invite you to join us for an outstanding event featuring three sustainable food entrepreneurs—Nicole McGrew, founder of Threadleaf; Monica Pearce, founder of Tenth Ward Distilling Company; and Sara Polon, co-founder of Soupergirl.  Register Now

One of the pioneers of the mobile telecoms industry in Africa, Strive Masiyiwa is the Founder and Executive Chairman of Econet Group which comprises Cassava Technologies and Econet Wireless. The Group has operations and investments primarily in Africa, Europe, the Middle East, and Latin America. In 1993 Masiyiwa founded Econet Wireless, the mobile telephone networks and mobile money business of Econet Group, now headquartered in Johannesburg, South Africa. Masiyiwa later founded and served as Executive Chairman of Cassava Technologies, Africa’s leading technology company on a continental scale. Born in Zimbabwe and based in London, Masiyiwa had the vision 20+ years ago to create an entire ecosystem of digital infrastructure and service solutions to connect people and businesses across the African continent. Cassava Technologies now encompasses Africa’s largest open access cross-border fiber broadband network spanning 60,000+ miles, Africa’s largest network of interconnected carrier-neutral data centers, renewable energy, cloud and cybersecurity, fintech, and on-demand digital platforms. Masiyiwa currently serves on several international boards including Unilever PLC, Netflix Inc, Bill & Melinda Gates Foundation, National Geographic Society, and global advisory boards including Bank of America, US Council on Foreign Relations, and Bloomberg New Economy Forum. Masiyiwa is the only African member of the US Holocaust Memorial Museum’s Committee on Conscience. For almost two years until early 2022, he served as an African Union Special Envoy for COVID response. He previously served for 15 years on the board of the Rockefeller Foundation, and for over three decades has played leading roles in several other prominent international boards and initiatives focused on digital transformation, youth entrepreneurship, public health crises, education, agricultural development, and environmental protection. In 1996, Masiyiwa and his wife Tsitsi co-founded Higherlife Foundation and later, Delta Philanthropies, whose primary focus is social impact investment in human capital development to build thriving individuals and communities in Africa. They are signatories of the Giving Pledge. Register Now