For the Levine family, American University is a family affair.

Ellen and Mark Levine on their wedding day

Assistant Director of Communications at the College of Arts & Sciences

Ellen and Mark Levine are an all-American love story.

As undergrads at American University in 1964, they met on campus, were engaged within three months, and got married two years later. They have been happily married now for more than 55 years, and their grandson, Justin Levine (BA finance ’22), is following their footsteps as a current AU student.

Ellen and Mark now live in Florida, after retiring from careers in business and law. But they are as enthusiastic as ever about AU, traveling back to DC as often as possible for class reunions and visits with Justin.

“The Girl I’m Going to Marry”

Their love story began one fall day when Ellen was standing at the top of the stairs of AU’s library. Mark walked by with a mutual friend and spotted her. 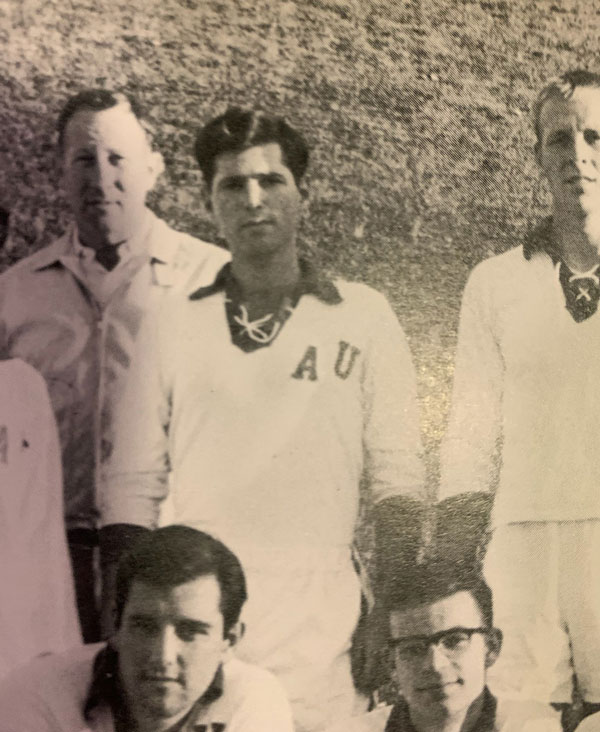 The friend obliged by making introductions. “We talked for a while,” Ellen says. “And then Mark called up his mother and said, “Mom, I met the girl I’m going to marry.”

Within two weeks, Mark “pinned” Ellen with his fraternity pin, and they got engaged three months later. “I was 18 at the time, and Mark was 19, and we were so young,” Ellen says.

AU in a Different Era

Back in the 1960s, the AU experience was very different, says Ellen. The McKinley Building was the School of Business, Mary Graydon Center was a dorm, and although the legal drinking age was 18, the campus was “dry” and allowed no alcohol. Male and female students lived in separate dorms, Ellen explains, and men were not allowed above the first floor of female dorms. Female students had 10 p.m. curfews on weeknights, and midnight on weekends—while male students had no curfews at all.

What Mark remembers most is the sense of community at AU, which he says has not changed through the years. As a high-school senior, he visited different colleges and felt overwhelmed by the size of schools like the University of Maryland. But when he toured AU and saw the quad for the first time, he was struck by the school’s smaller size and feeling of community. He felt at home. “It felt like you knew almost everyone on campus, enough at least to wave hello,” he says.

Ellen and Mark made many lifelong friendships at AU, and they still gravitate towards fellow AU alumni. Out of four of their best, longtime “couple friends,” six of the eight are AU grads.

One thing that drew the Levines to American University is its location in the nation’s capital and its sense of history. “We were there when Kennedy was assassinated,” Ellen says. “I waited in line for 12 hours at the Capitol Rotunda, and I saw the Kennedy family and watched the funeral. It was incredibly special to be in Washington, DC at that time and to be part of history.”

This appreciation of Washington is a value that the Levines have instilled in their grandson. They brought Justin on a tour of colleges when he was a high-school senior, and he had similar reactions as his grandfather. “Justin thought he wanted to go to school in the middle of a city,” Ellen explains, “But as soon as he walked on AU’s campus and saw the quad, he knew it was a perfect fit for him.” The feeling was confirmed when he went to coffee that day on campus and looked up at a bookshelf and spotted his grandfather’s yearbook from more than 50 years ago. “It was like a sign,” says Ellen.

When Justin left for American University, he promised his grandparents that he would take advantage of everything that DC offers, and he’s kept this promise, even going downtown to the US Supreme Court to take photos for his grandmother after the death of Ruth Bader Ginsburg.

“Justin has learned so many academic and life lessons at AU,” says Ellen. “He has such incredible access to his professors, and it’s heartwarming to us.” And of course, says Ellen and Mark, they are excited to get back to campus for Justin’s graduation this May—in fact, they’ve already bought their airline tickets and made hotel reservations. “We would not miss it,” Ellen says.