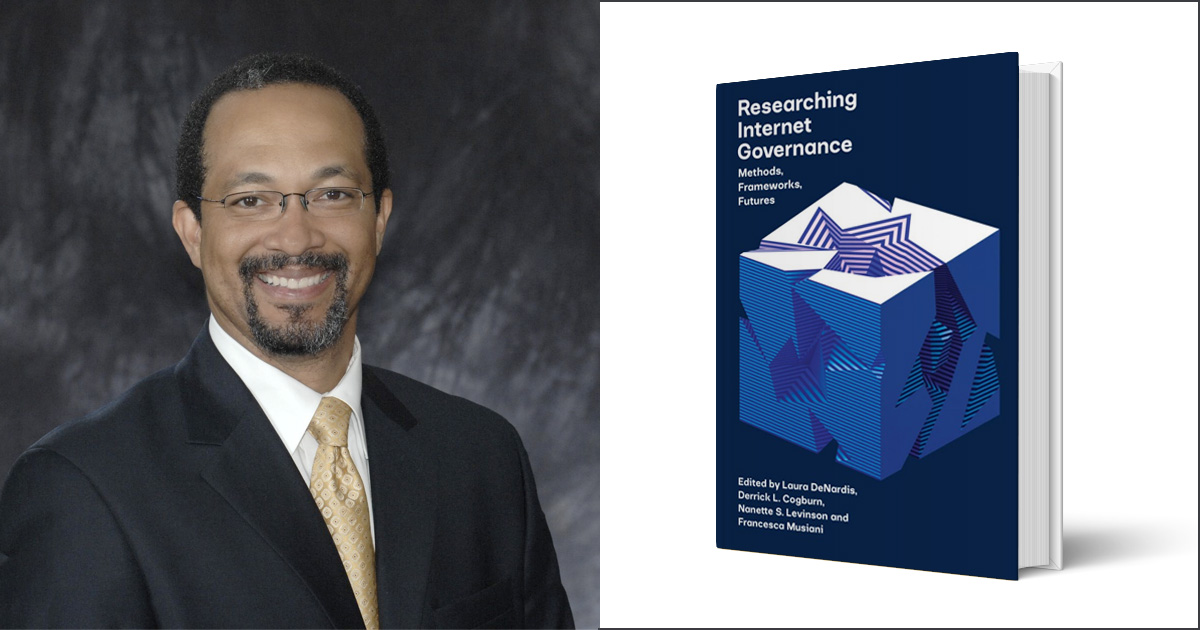 The term "Internet governance” encompasses the rules, practices, standards, and policies that shape the development of the Internet and how we use the World Wide Web. Since the Internet is a vast system of independently operating, interconnected parts, governance is essential to safeguard users and the information they both seek and generate. The term may sound bigger than anything that non-experts would need to worry about, but the truth is that the average person encounters Internet governance issues daily.

Facial recognition technology, election security, and yes, even those memes about FBI agents watching what we do on our phones are all aspects of the Internet that require governance and regulations–even if there really isn’t anyone from the FBI spying on us while we scroll through Reddit in the middle of the night. The stability and security of the Internet and the information that it holds directly impacts us, our economy, and our politics.

On September 21, American University held an event to launch the release of the book Researching Internet Governance: Methods, Frameworks, Futures published by MIT press and available by open access thanks to a grant from the Hewlett Foundation. The book features the expertise of Internet governance professionals from around the world who each contributed one chapter. The finished product was edited by the three faculty directors of AU’s Internet Governance Lab, Laura DeNardis, interim dean of the School of Communication; Nanette Levinson, professor at the School of International Service; and Derrick Cogburn, professor at the Kogod School of Business and the School of International Service and executive director of AU’s Institute on Disability and Public Policy.

“Every societal issue of any importance is mediated by control struggles over the digital world–whether it is governance by technical design, governance by new companies, or by global institutions in the traditional sense of laws and policymaking,” says DeNardis. “In the present moment, we are looking at how we should secure the digital public sphere from election interference.”

One major news headline that circulated throughout this year featured the chief executive officer of Facebook, Mark Zuckerberg, who was summoned to multiple Senate hearings that were ultimately the result of poor governance over false information and other issues involving the social media platform. Facebook is so globally present that there is now an “oversight board” working to govern it and make principled decisions on behalf of its users. The power of this oversight board is governed by Facebook, but the board’s bylaws state that their decisions on content can overrule Zuckerberg or any other high-level executive that is not part of the board.

The book launch, moderated by the chair of the Internet Governance Forum’s Multi-Stakeholder Advisory Group, Anriette Esterhuysen, posed questions to each of the scholars before opening the event up to questions via chat.

Kogod professor Derrick Cogburn spoke about his chapter on big data analytics and computational text mining, or the process of generating knowledge and actionable insights through the automated analysis of large amounts of textual data. These text mining techniques include both exploratory and confirmatory approaches.

Exploratory methods can be used to rapidly explore and better understand a large textual corpus. They may be used to identify themes, trends, and named entities within the dataset. Using unsupervised machine learning, researchers can identify topics and clusters within the corpus.

Confirmatory approaches allow researchers to determine the extent to which a specific concept exists within a text and to test hypotheses.

In his chapter, Cogburn applies both exploratory and confirmatory approaches to 12 years’ worth of transcripts from sessions and workshops at the UN Internet Governance Forum to identify specific themes and trends and to demonstrate how policy discussions have changed over time. He also applies a categorization model he developed to assess the degree to which components of the US National Institute of Standards and Technology Cybersecurity Framework were included in these discussions.

“These techniques are so valuable to researchers and present such opportunities in part because of the rapid growth in digital data, lower cost of storage for data, and increased computational power, including open source data analytics software,” says Cogburn. “This is true for many fields but is particularly relevant for Internet governance research– given the widespread availability of meeting transcripts, published reports, email archives, social media, and other various kinds of text-based data available for researchers.”

Facebook uses a form of text mining to find hate speech and other flagged language; it utilizes artificial intelligence to weed out inappropriate and offensive posts and advertisements. These tools are crucial for a website with 1.79 billion daily active users, as the volume of information being shared is too great to be monitored by hand.

With so much still to be learned and implemented in the field of Internet governance, Esterhuysen asked each scholar to state their greatest hope and fear for its future.

“My greatest fear is that all of the progress that has been made over the past two decades for integrating civil society and transnational participants into global governances continues to be challenged,” says Cogburn, “and those opportunities get locked down, and all the knowledge and resources of these important actors gets excluded.

“But,” he continues, “my hope is that it doesn’t, and the technology we have enables people to participate online from anywhere in the world.”