Like tens of thousands of students, staff, and faculty who have graced the halls of the Kogod School of Business, I wanted to learn more: who is Bob Kogod, and what makes him tick? 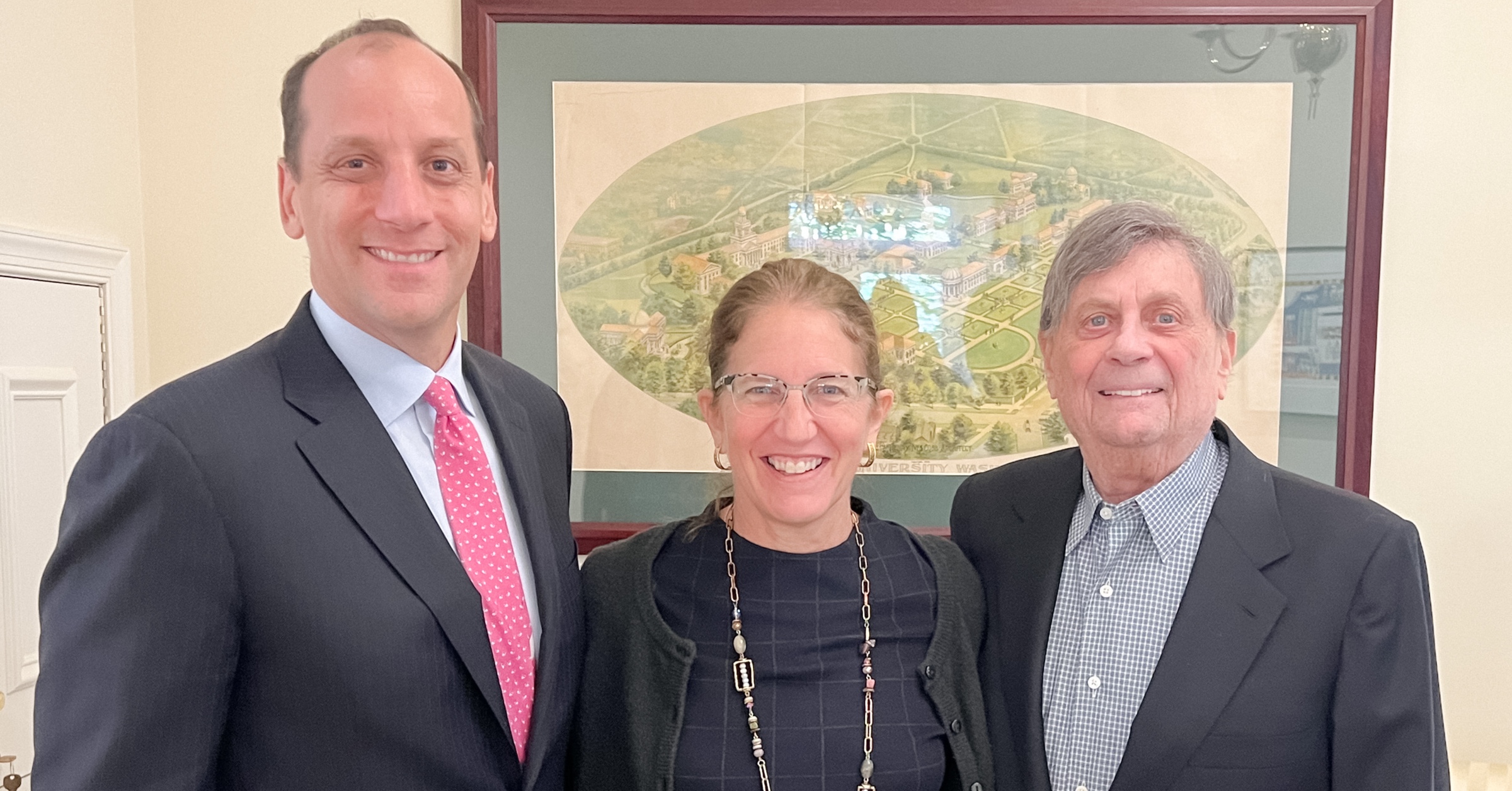 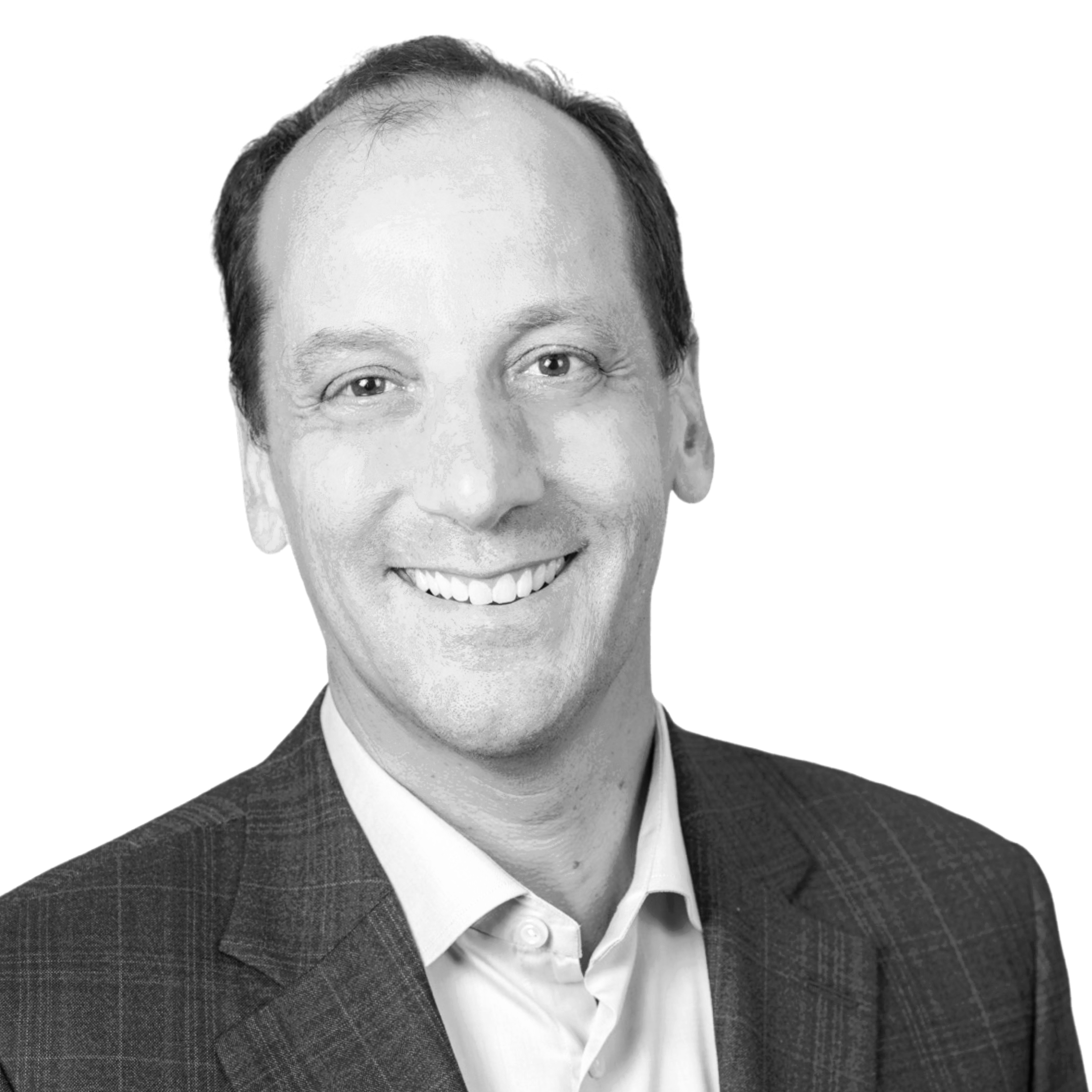 Recently, along with President Burwell, I had the honor of meeting Robert Kogod, the business leader and philanthropist whose name graces our business school. Like tens of thousands of students, staff, and faculty who have graced these halls for the past forty-three years since the school was named in recognition of Bob and Arlene Kogod’s generosity, I wanted to learn more: who is Bob Kogod and what makes him tick?

Mr. Kogod’s father escaped persecution and antisemitism in Poland in 1905, seeking a better life in the United States. Mr. Kogod was born in 1931 at the height of the Great Depression, two years before Adolf Hitler came to power. Part of an immigrant family, he grew up in Washington, DC, attended Theodore Roosevelt High School, and graduated from American University with a Bachelor of Science degree in 1962.

In 1959, while in college, he joined his family's small business—then a real estate firm with 11 employees. Over the next few decades, Mr. Kogod’s company created housing for more than 35,000 families in the Washington, DC, region and the Midwest. A visionary and risk taker, in the early 1960s, Mr. Kogod’s company bought what was then a large junkyard and rail yard across the Potomac river and decided to develop the property. People thought he was nuts to make such an investment! Today, that former junkyard, Crystal City, is the home for Amazon’s HQ2. Bob’s company eventually merged with Vornado Realty Trust, one of the largest and most successful real estate firms in the world.

As successful as Mr. Kogod was in business, he has had an even more significant impact as a philanthropist."

As successful as Mr. Kogod was in business, he has had an even more significant impact as a philanthropist. Through his generosity, he has enabled tens of thousands of young people to attend secondary schools, summer camps, and college. He has endowed a research center on aging at the Mayo Clinic, enabling numerous breakthroughs to improve the lives of elderly Americans. He has created beautiful spaces for art at the Smithsonian American Art Museum, and for theater at the Arena stage, the Studio theater, the Shakespeare theater, and the Wooly Mammoth theater company. A titan in the Washington Jewish community, his support for the Hartman Institute in Israel, the Jewish Federation, and the Holocaust Memorial Committee has enabled the Jewish community to live without the fear and persecution that led his father to flee Poland. His robust commitment to worthy causes has provided support to countless charitable organizations in the Washington, DC, area.

The Kogod School of Business bears his and Arlene’s name. They have endowed a chair in regional innovation, provided generous scholarships for students, and enabled the school to support staff who work closely with students every day. The school has produced extraordinary entrepreneurs in his image, most of whom, like Bob, came from modest circumstances and built success with grit, hard work, and intelligence. To name merely a few: Dambisa Moyo, last year’s Kogod graduation speaker, arrived at American University as a refugee from Zambia and became a successful investment banker, author, board member, and now, the first non-white female Tory party nominee to serve in the UK’s House of Lords. Gary Cohn, who will speak at Kogod on November 11, ascended to become President of Goldman Sachs. George Collins became CEO of T-Rowe Price. Richard Clark rose through the ranks to become CEO and Chairman of Merck. Allan Domb revolutionized the real estate market in Philadelphia before going on to serve in local politics. Current AU Board Chair Marc Duber met his business partner and his wife as a student at Kogod. The Kogod School has helped launch entrepreneurs and leaders like Gary Veloric, Howard Dvorkin, Amy Kothari, David Steward II, Victoria Harker, Charlie Nulsen, and Tommy White, while also giving international students like Inwha Huh, Alok Sonig, Wee Ee Cheong, and Francesco Vanni d’Archirafia a start. Each of these individuals has gone on to great success, and like Mr. Kogod, are supporting our school, students, and faculty in many ways.

Today, the Kogod School has 1,850 students, a world-class faculty, and a talented, energized staff."

Today, the Kogod School has 1,850 students, a world-class faculty, and a talented, energized staff. Our graduate program is more than 50% international. Many of our graduate students come from countries facing conflict, authoritarian regimes, or extreme poverty, seeking an opportunity at AU and, more broadly, here in the United States. Kogod students will benefit from $28 million dollars in financial aid this academic year. As you walk the halls of our school, you will see more than 200 beautiful pieces of Mr. Kogod’s art, hand selected by him and Arlene for display on the AU campus.

My former boss, Carlyle co-founder David Rubenstein, had told me about Bob Kogod’s intelligence and generosity many years before I even thought of a move to academia. But in learning his story and meeting him in person, Mr. Kogod becomes much more than just a name for me. He is a living inspiration. AU had the power to create opportunities for a poor child of immigrants named Bob Kogod to thrive. He, in turn, paid it forward. And because of his investments in this special place, we can create positive change for every student that walks through our doors. I am committed to working with the Kogod community to ensure that this school remains worthy of Mr. Kogod’s name.

David Marchick, Dean of the Kogod School of Business