Readying for a Rebound 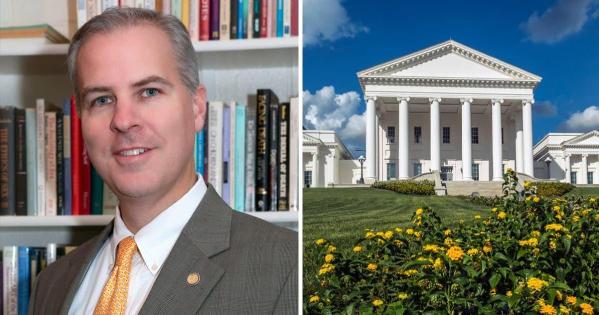 David Swynford (KSB/MBA '00) credits the Kogod School of Business for his well-rounded financial education. "What Kogod did was really expose me to a broad array of areas in the finance field: securities valuation, corporate finance, bond finance, international finance, and a lot of business law," says Swynford. "Those varied disciplines prepared me to deal with the breadth of my job now."

As the deputy state treasurer of Virginia, Swynford oversees six different operational units including unclaimed property, debt management, cash management and banking, risk management, and other areas necessary for the efficient management of state finances. For Swynford, managing these departments means staying informed and asking questions…about everything. “I’m more of a generalist, and so, that broad approach at Kogod really helped,” says Swynford.

When a government's cash flow slows to a trickle, keeping the services that its citizens rely on running at full speed becomes an unpredictable challenge. "It is so unusual to go into an economic slowdown like this so quickly," says Swynford. "9/11 affected the airline industry for a time, of course, but people were still going to restaurants and spending money elsewhere. The financial challenges associated with COVID are more comprehensive and wide-ranging."

After Virginia's stay-at-home order went into effect on March 30, the Virginia treasury participated with other state treasurers in petitioning Congress for various forms of aid. The National Association of State Treasurers (NAST) was a major player in spearheading this legislative outreach. Additionally, NAST began having more frequent national conference calls so that states could work together mitigating the similar problems they each faced.

"Every state's revenue has been hit," he adds. "We're advocating for additional flexibility around some of the money that has already been allocated specifically for expenses related to COVID. This goes toward paying peoples’ salaries, like first responders and other direct expenses.”

For example, the newly introduced HEROES Act, which still has to be passed by the US Senate, would provide hazard pay to essential workers and more for those most impacted by COVID-19. The act would also provide $915 billion in flexible aid, allowing states to spend the money however they need to—something NAST has been advocating for.

Northern Virginia joined the rest of the state in reopening on May 29—14 days after Gov. Ralph Northam declared the start of his three-phase reopening plan. But, even with more people out and about, the state budget initially bore the burden of funding necessary pandemic-related expenses.

"There's an increased cost associated with responding to the medical crisis, whether it's the much-talked-about personal protective equipment or other costs, but this is also coupled with a drop in state revenue," says Swynford. "State income and sales taxes are the largest budget revenue drivers for the commonwealth.”

"Financial results will continue to come throughout the summer. During this time, I anticipate a new forecast will be made, and the results of that reforecast will drive potential modifications to the state budget. I anticipate this will be a similar path that most states will take," he adds.

In the meantime, Swynford and the departments he oversees continually work on adjustments to keep things afloat. "In Virginia, we've taken a pause on as much new spending as possible," he says. "Over the past several years, Virginia has made a concerted effort to build up our cash reserves in two funds—a revenue stabilization fund, which is a traditional “rainy day” fund, and a revenue reserve. Both funds were created to deal with revenue shortfalls and could be used to help deal with situations just like this one."

While state revenue stabilization funds (rainy day funds) are better funded now than they were during the recession in 2008, there are still states with relatively low or no reserves available. However, it’s hard to compare one state's rainy day fund with another’s. For example, Virginia's fund is mandated through state constitution, which prescribes conditions that have to be met before monies can be drawn down from the fund, whereas some other states' funds may have no restrictions—meaning the money could be drawn down and used for any purpose the states’ legislatures or government officials approve.

Yet even with resources for a rainy day, Swynford cannot predict just how deeply the pandemic will impact Virginia’s financial health. "Our accounts are healthier than they were five or ten years ago, but I still foresee most states needing assistance from the federal government," he says.

This is why aid from the federal government, like the CARES Act, is both important and appreciated.

"Like most people, I'm hoping for a V-shaped economic rebound, if possible, but we have to be prepared for a Nike swoosh, a U-shape, or something else. Nobody knows what to expect, and anyone who says they do would be questionable at this point," says Swynford.

With his strong background and experiences with so many different areas of finance, there is no doubt that Swynford and his team are qualified to tackle whatever shape Virginia's economic recovery takes on.