Business in the Time of Crisis

Kogod School of Business professors came together to discuss the Russia-Ukraine War and its implications on business. 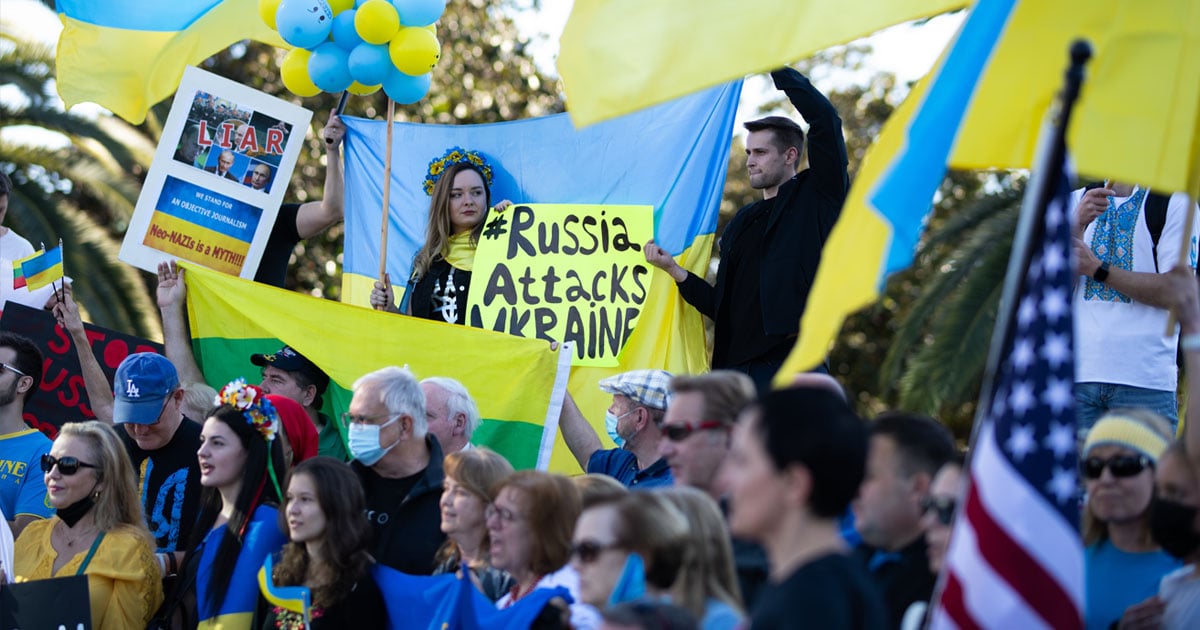 Protest in Los Angeles, CA, against the war in Ukraine.

“This is one of the great geopolitical events of my lifetime,” began Kogod professor Erran Carmel. “Unfortunately, this situation is unlikely to have a Cinderella story. The war will drag on for weeks, we will be faced with a humanitarian crisis with Russia occupying and destroying Ukraine, and then a month or two later, Russia will be isolated and angry.”

Professor Carmel’s statement set the backdrop for the webinar held on March 3 with the above statement. Five Kogod professors came together to discuss the impact of the current Russia-Ukraine War. Each Kogod faculty member began conversations that webinar participants could expand upon individually or by reaching out directly to the faculty.

Professor Frank DuBois, the first panelist, spoke about supply chains in the automotive industry and how this invasion of Ukraine will affect manufacturers who have markets in Russia. “There are significant ramifications here,” began DuBois.

As the creator of the Made in America Auto Index, DuBois has ample experience examining the components of vehicles. “Vehicles are incredibly complex today. There are a lot more things in them that we never even thought we’d see—a backup camera, dashboard navigation—all of these things need microchips,” said DuBois. “So, with respect to Russia and Ukraine, there is something called neon gas. Seventy percent of the world’s neon comes from Ukraine, and without neon, you can’t manufacture microchips.”

Palladium is another critical chemical element necessary in manufacturing catalytic converters—a component found in all vehicles. “Forty percent of the world’s palladium comes from Russia,” said DuBois. Aluminum and nickel are critical elements in electronic vehicles. Russia is a significant producer of these elements, and current restrictions on Russian exports are causing manufacturers to scramble to find alternative sources that may not even exist.

“Secondarily, auto manufacturers with business in Russia and Ukraine—Toyota, Hyundai, Kia—are all shut down. Trade between Russia, South Korea, and Japan is primarily cars and car parts, and that is all going to dry up very quickly,” explained DuBois.

The ramifications are going to be severe. We will have to wait and see how it all plays out.” 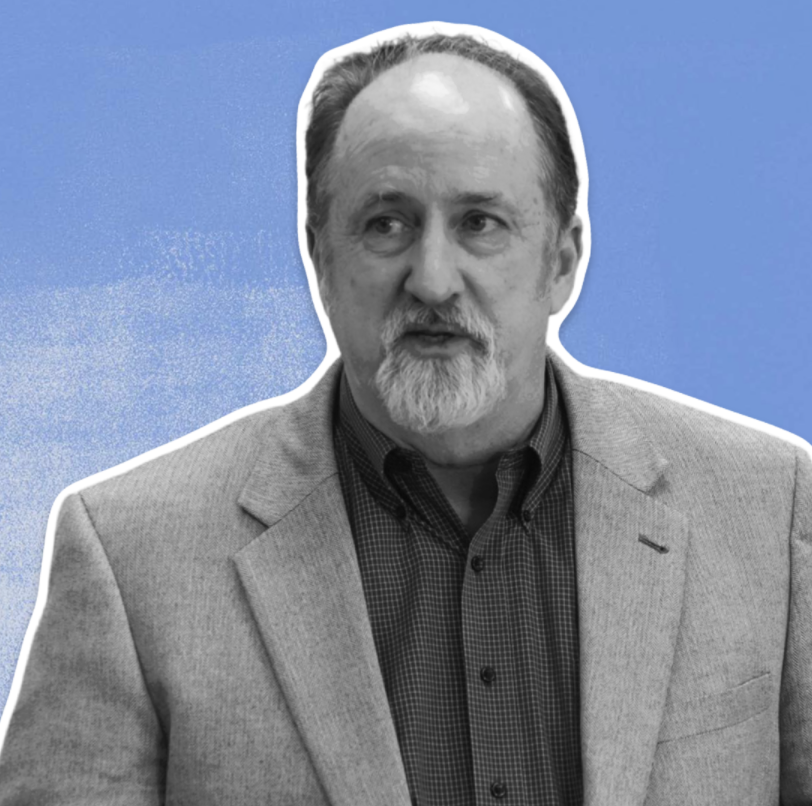 Professor of Information Technology and Analytics

Next up, Professor Robert Hauswald spoke about the EU and how the Russian-Ukraine War will impact the 27 member states within this political and economic union. “The first fact to note is that the EU as a whole has a very strong energy dependence on Russia,” began Hauswald. “Thirty to 60 percent of gas comes from Russia, and the main pipelines run through Ukraine. After the dissolution of the Soviet Union, Ukraine is taking their throughput fees in cuts, so they get gas in return for letting it flow through their country to the rest of Europe.”

In addition to Russia being a big export market for Eastern Europe, Professor Hauswald explains the Ostrich Approach to risk, named after ostriches because they stick their heads in the sand to avoid threats.

You only see what you want to see. In the EU, there was a strong unwillingness to address legitimate Russian security concerns after the dissolution of the Soviet Union." 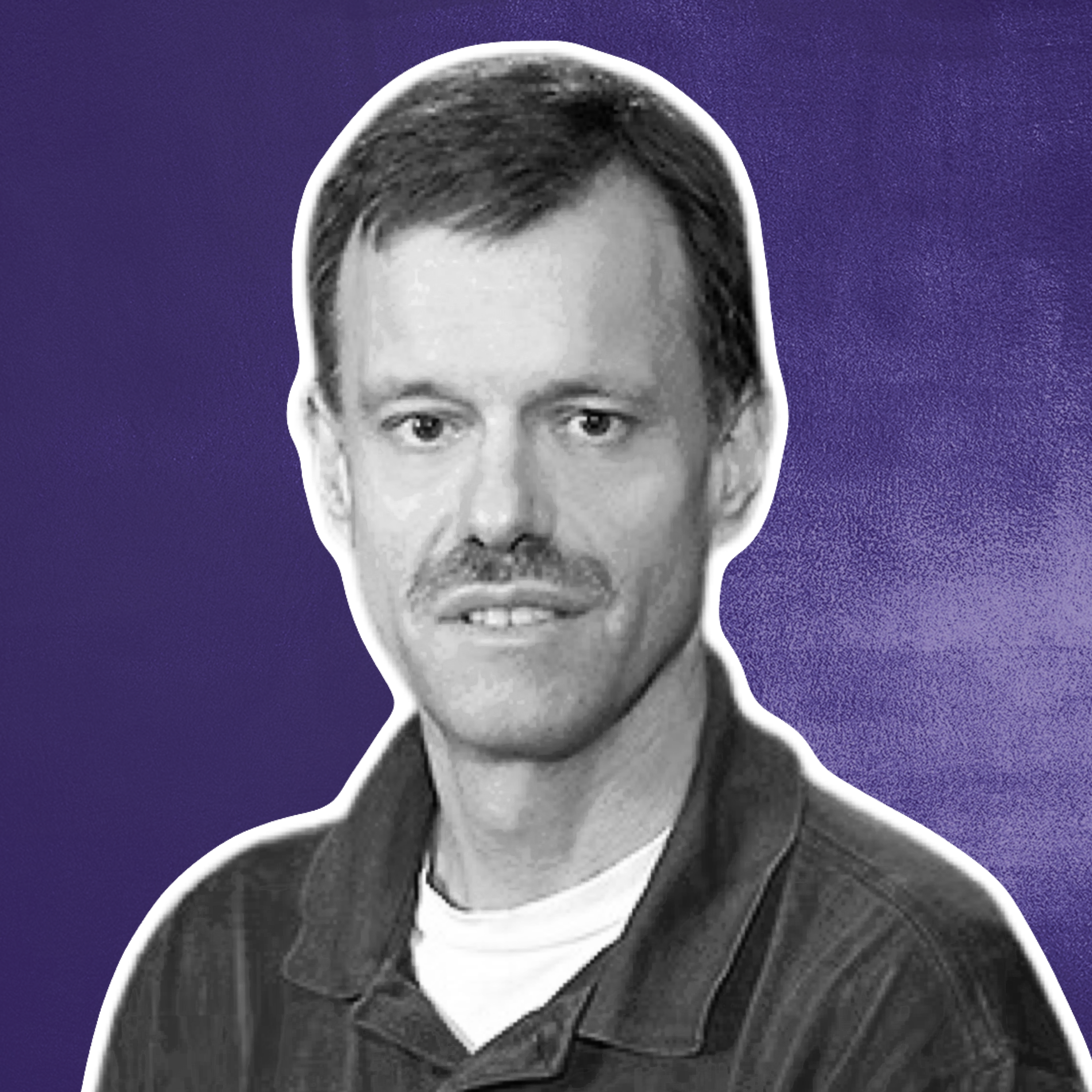 Professor in Finance and Real Estate

Professor Tomasz Mroczkowski provided insight into Russia’s direct neighbors, from Finland to Romania. “The countries down the Eastern border of Russia were not surprised by the start of the Russia-Ukraine War because not a single one of them has not suffered from either an invasion or attack by Russia at one time or another,” explained Mroczkowski.

Professor Mroczkowski believes that the fate of Ukraine depends upon three key factors: military assistance and intelligence, humanitarian assistance, and diplomatic assistance. “For all three of these threads, the role of NATO is critical. Not only is it critical, but it is growing by the day,” said Mroczkowski. He predicts that Ukraine will experience a devastating humanitarian crisis as the Russian artillery bombs more cities leading to more refugees, sick and wounded civilians, and inaccessible food and water. “NATO countries are the thread that keeps Ukraine alive,” said Mroczkowski. “They play a critical role in providing military supplies and assistance.”

NATO countries are the thread that keeps Ukraine alive. They play a critical role in providing military supplies and assistance.” 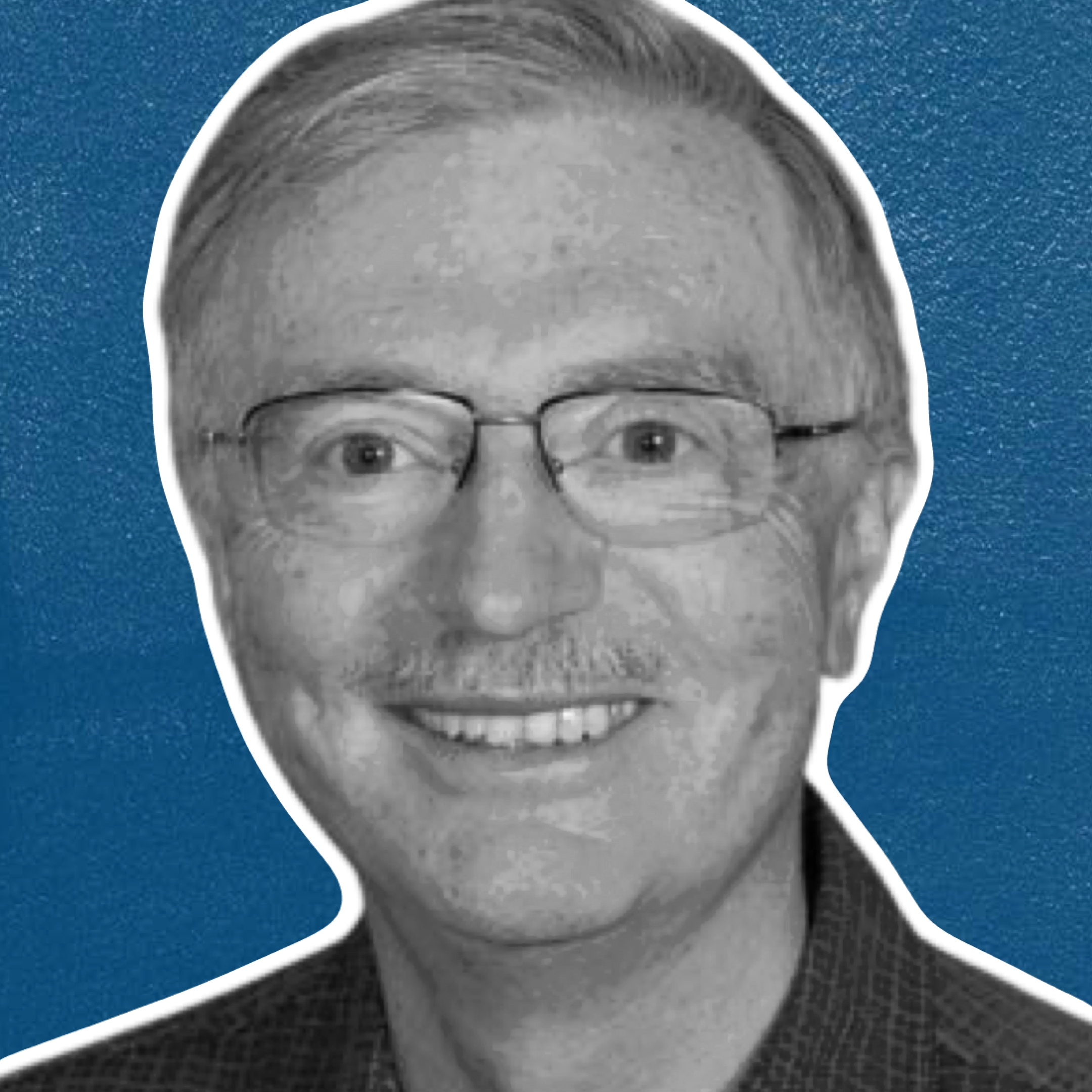 Ultimately, Ukraine needs a solution to its catastrophic reality. “The diplomatic effort focuses on a fast track toward Ukraine joining the EU,” said Mroczkowski. He predicted an initial step toward a solution would begin with a cease-fire and humanitarian corridors for refugees to exit combat areas. Eventually, Russia’s economy will deteriorate to the extent that a compromise with Ukraine is the only way forward.

While the physical attacks against Ukraine may have been a surprise, the cyberattacks were not." 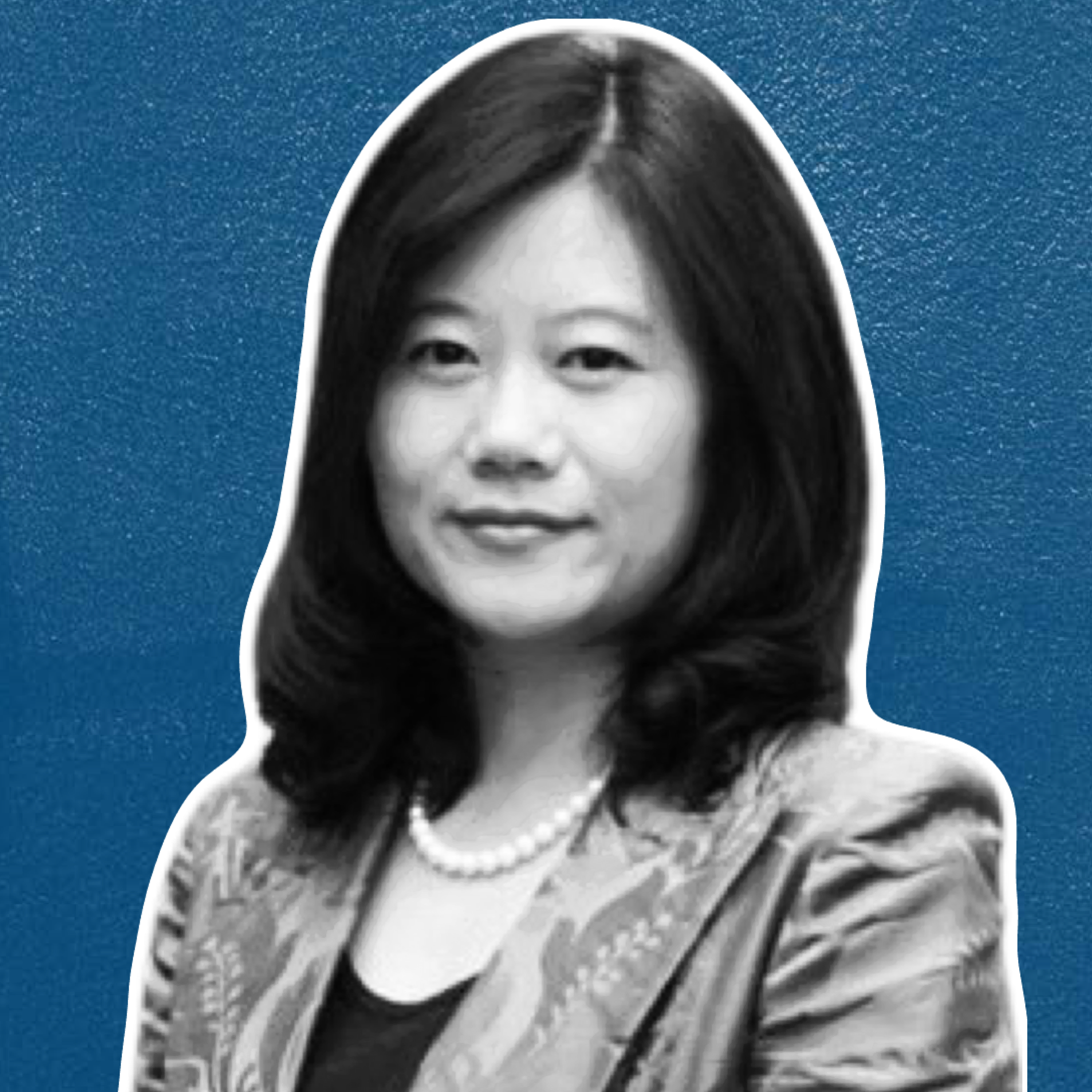 "Russia has launched many cyberattacks against Ukraine for years,” began Professor Heng Xu, the fourth presenter.

She explained that one of the most common cyberattacks that Russia launches at Ukraine is a distributed denial-of-service attack (DDoSA). This type of attack occurs when a hacker floods a victim’s network or server with traffic to make web pages inaccessible. “Several Ukrainian government websites were brought down as a result of a DDoSA,” explained Xu.

Another common attack is a ransomware attack. This type of cyberattack locks data with encryption or threatens to publish confidential information. The only way to decrypt the data is to receive a decryption code from the attacker. The attacker requires paid ransom to unlock the data—delivered in cryptocurrency. “If Russia targets Ukraine using ransomware attacks, they can easily cause the Ukrainian infrastructure to collapse. They can cause the country to lose clean water, energy, or even financial markets,” said Xu.

From the defense perspective, there have also been several organizations that have been trying to help Ukraine. The hacker collective known as Anonymous recently launched a DDoSA at Russia that took down their news website, RT.

Professor Erran Carmel closed out the webinar with his input on how the Russia-Ukraine War impacts software and technology. “Both Russia and Ukraine have many more software engineers per capita than we do here in the US,” began Carmel.

Carmel refers to Russia’s software, Yandex, as the Google of Russia. “Yandex has a search engine as well as all kinds of other applications. Over the first few days of the war, Yandex lost 80 percent of its value on NASDAQ, and their Western partners are fleeing from the technology, and even one of the founders is calling on employees to quit the company,” said Carmel.

Russia makes 11 billion dollars a year in ransomware, and ransomware is almost all profit."

“This is 15 times more money than what their biggest cybersecurity company, Kaspersky, brings in each year," said Carmel.

Ukraine is open to the West, so many software companies have employees and sites in Ukraine. Today, these companies—including the Israeli company Wix—are moving their Ukrainian employees and families to other countries—mainly Poland—to escape the war.

This webinar provided Kogod students and faculty with a background and opening note to continue the conversation. The five faculty panelists are already in talks about following up this successful event with another webinar to explore what develops and determine which predictions were correct.